This week on Mascot Monday: the University of Virginia Cavaliers. 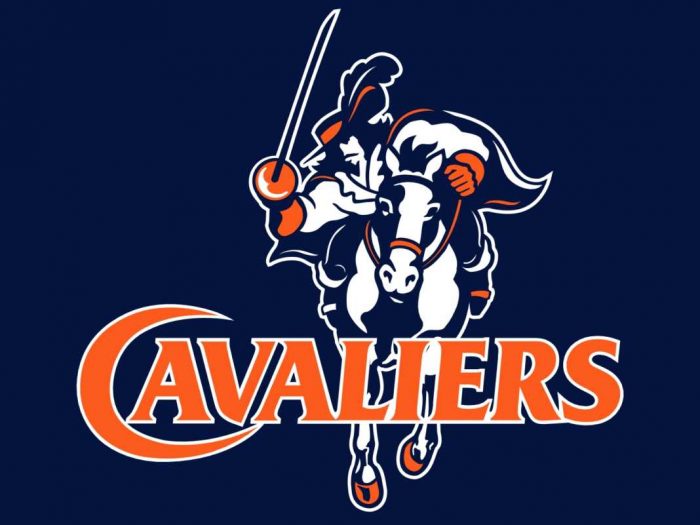 As a longtime fan of the ACC, I like to think that I’ve had a fair amount of exposure to UVA.  Although I may not be a fan of the Cavaliers, I can always appreciate an awesome college mascot; and the Cavs have one of the best.  The University of Virginia has proven that you don’t need to go crazy in order to have the perfect mascot.  While it took UVA a little time before finally settling on the Cavalier in the mid-1980s I think they made the right choice, proving that patience and time do pay off.

According to the university’s Wikipedia page, the mascot is a reference to when Virginia earned its nickname, the “Old Dominion”.  During the English Civil War in the 17th century Virginia was filled with persons who remained loyal to the English crown known as cavaliers and so UVA adopted the name out of respect for Virginia’s rich history.  For a while the Cavalier roamed the Virginia sidelines on horseback until 1974 when the rider and horse parted company.  In 1984, the university debuted a costumed mascot that quickly drew support from the student body and has remained Virginia’s mascot ever since.

Now, the university’s logo may not feature the actual mascot but that’s not to say it’s not incredibly awesome.  I think UVA’s logo couldn’t be any better.  While the Cavaliers’ logo may be simple it’s a very classy look, one that should be celebrated.  But for as simple of a design it may be, it’s one of the most recognizable symbols in college athletics.  Personally, I’m a big fan of the logo–granted the swords are the primary reason.  But let’s be honest, anytime you incorporate weapons into a school logo, you can’t go wrong. 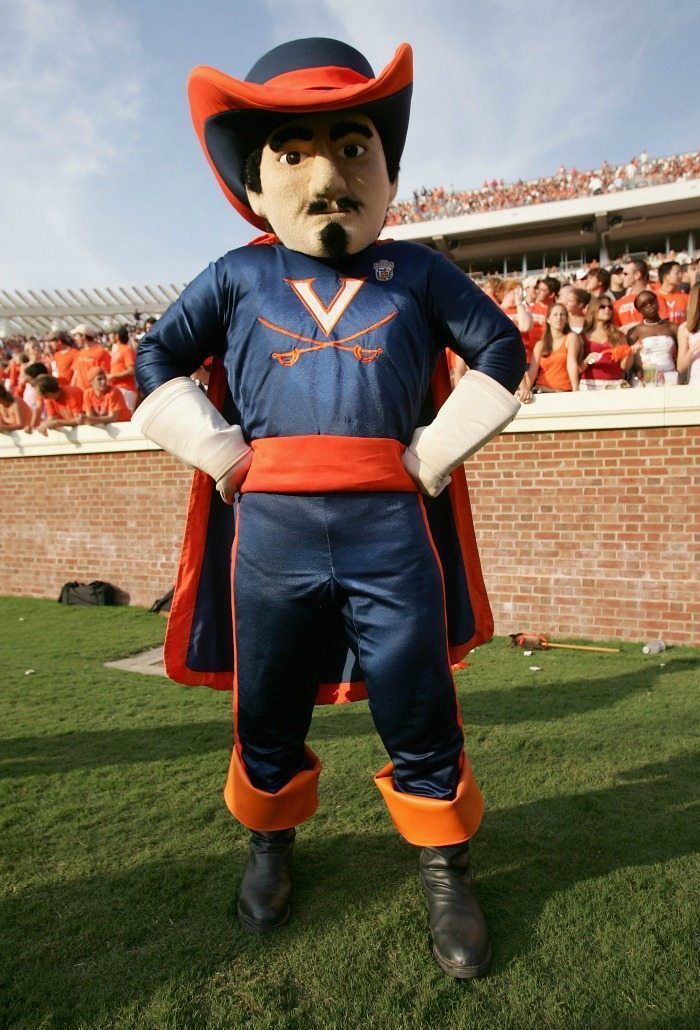 The first thing that jumps out to me with the costumed mascot is definitely the hat.  In fact, I’m extremely jealous I don’t have a hat like that.  In the words of Norm McDonald on SNL, “It’s a big hat–it’s funny”.  And we can’t forget about the cape.  Remember what I said about the swords in terms of the school’s logo?  Same concept applies to the mascot–the cape only makes the mascot that much cooler.  But I’d be kidding myself if I didn’t mention the best part–the facial hair.  You have to give credit where credit is due.  At the end of the day, Virginia has one of the best mascots in the entire country and UVA is lucky to have him.

What do you think of the University of Virginia Cavaliers?