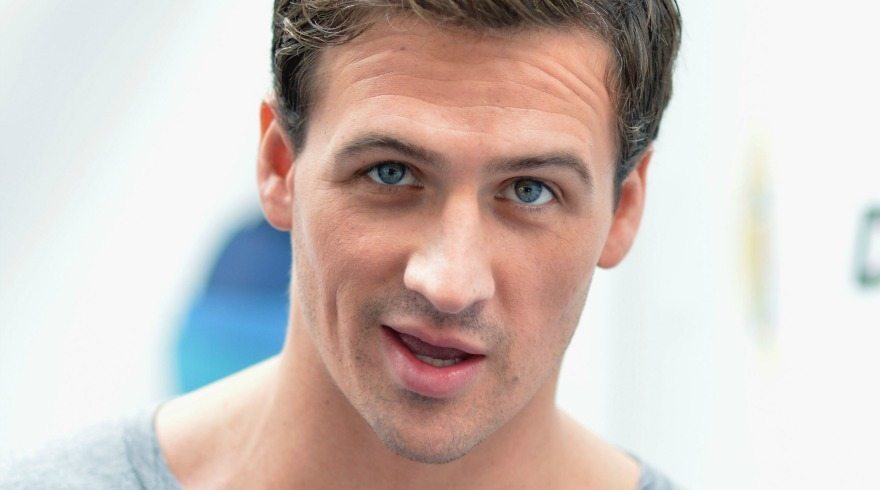 An Open Letter to Olympic Swimmer Ryan Lochte [in GIFs]

Here’s the thing, bro. You’re really pretty. Like, really pretty. You’ve got abs of steel and the chiseled face of a Greek god (or something like that) but I think you need to take a second and just stop. Stahp. As much as I appreciate the hours of entertainment I’ve enjoyed thanks to your not-so-intelligent comments and your antics on your short-lived but ever so hilarious reality show, you should probably reevaluate some things in your life.

Oh, and in case you were wondering, by antics I mean the time you took a fake phone call from your fake girlfriend, which is ridiculous because you’re beautiful and getting girls should be no problem. Maybe if you just didn’t talk, or better yet, didn’t take every girl you ever go on a date with to the same exact sushi restaurant every single time, you wouldn’t have to have a fake girlfriend. Just a thought.

Moving on. The point of this letter is not to hate on you. I know you just really can’t help it. Besides, you’re not really a bad guy…

…you’re just lacking a little upstairs. (See? How can you be one if you don’t even know what it means?)

Did I say a little? I meant a lot.

That’s beside the point. I actually have an important question – in all seriousness, how are you an Olympic gold medalist? It’s truly a miracle that you’re so athletic because you are very obviously accident prone. And I thought I was bad (there’s a reason I never tried sports!) but you out-clumsy me on virtually every level. And I can’t even swim.

Let’s go over your extensive and awkward list of injuries, shall we?

How it happened: Skateboarding (this is probably the only valid one, bear with me.)

How it happened: You fell out of a tree while playing hide and go seek with your baby brother. (Side note: He’s a toddler, did you really need to hide in such an unreachable place? I’m just curious. I think behind a bush or around a corner would’ve sufficed.)

How it happened: Break dancing. (Just, why?)

How it happened: You were chasing your dog. (No comment.)

How it happened: You were literally reaching for your cell phone. (Seriously.)

And just last night, you tore your MCL and sprained your ACL. How? Trying to catch a teenage girl who was running towards you because she’s basically your biggest fan. That poor girl has to live with the guilt of injuring her biggest crush and an Olympian. Because you were too clumsy to catch her. I feel for you bro, but you’re jacked and she’s a teenager, so I can’t help but feel like you’re the one to blame, at least partially. (Side note: are there really no concussions on that list? Because it would explain a lot.)

I just think you need to get it together, Ryan.

(Oh and I hope you get better soon, bro.)