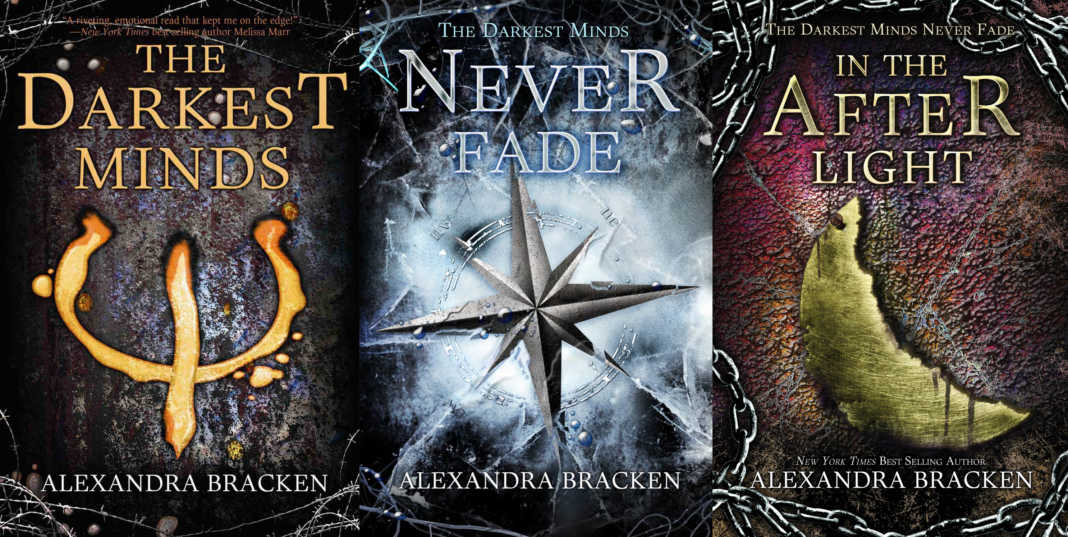 Premiere: Chapter 1 of “In The Afterlight” by Alexandra Bracken

Are you a fan of Alexandra Bracken’s The Darkest Minds series? You are? Well then you are in luck because we have a super awesome gift for you. Yes, just for you. Even though the third and final book in the series, In the Afterlight, doesn’t come out until October 28th the first three chapters are being premiered online in advance . The best part? We are premiering chapter one! That’s right, you can the first chapter of In the Afterlight RIGHT HERE. RIGHT NOW.

Just to get you up to speed, here is a little bit about the book:

Ruby can’t look back. Fractured by an unbearable loss, she and the kids who survived the government’s attack on Los Angeles travel north to regroup. Only Ruby can keep their highly dangerous prisoner in check. But with Clancy Gray, there’s no guarantee you’re fully in control, and everything comes with a price.

When the Children’s League disbands, Ruby rises up as a leader and forms an unlikely allegiance with Liam’s brother, Cole, who has a volatile secret of his own. There are still thousands of other Psi kids suffering in government “rehabilitation camps” all over the country. Freeing them–revealing the governments unspeakable abuses in the process–is the mission Ruby has claimed since her own escape from Thurmond, the worst camp in the country.

But not everyone is supportive of the plan Ruby and Cole craft to free the camps. As tensions rise, competing ideals threaten the mission to uncover the cause of IANN, the disease that killed most of America’s children and left Ruby and others with powers the government will kill to keep contained. With the fate of a generation in their hands, there is no room for error. One wrong move could be the spark that sets the world on fire.

We seriously cannot wait to read this book. Oh wait, that’s right. We don’t have to wait! But what about when you finish chapter 1? How do you keep reading? Good question! Check out the tour schedule below and find out where you can find chapters 2 and 3:

October 6: Introduction to the tour from Alexandra Bracken on Fangirlish

October 7: Read Chapter 1 of In the Afterlight on CampusRiot

October 8: Read Chapter 2 of In the Afterlight on Young Adult Mag

October 9: Read Chapter 3 of In the Afterlight on Hypable

October 12: Watch the trailer of In the Afterlight on Just Jared, Jr.

To stay up to date you can follow Bracken on Twitter, Instagram, Facebook and Tumblr. You also have one week left to enter the awesome giveaway our sister site Travel Freak is doing for the book!

Are you excited for In The Afterlight?