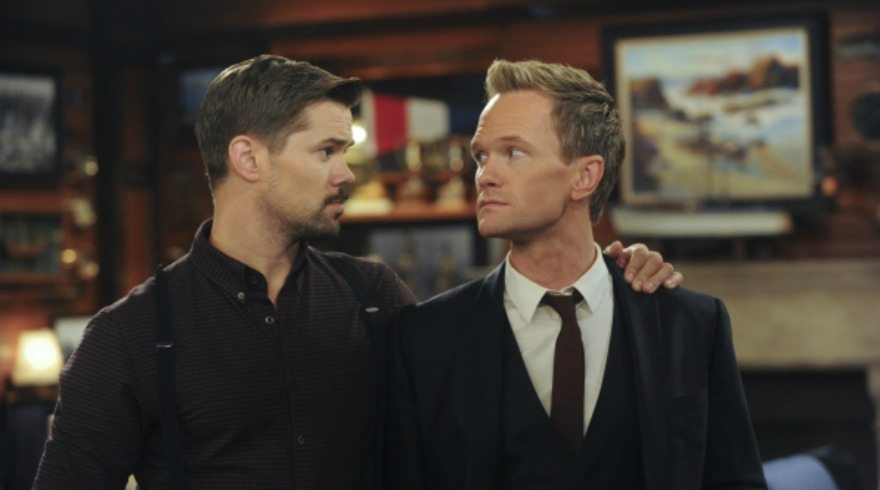 Recap: How I Met Your Mother – “Bass Player Wanted”

It’s 20 hours before the stupid wedding, and Marshall is walking the last five miles to the hotel with a baby dangling from his chest. Then, the mysterious mother pulls over to ask if he needs a lift, which he does.

Barney is a little miffed that Marshall hasn’t arrived yet, and Lily is a little more annoyed that Marshall took the judgeship without consulting her first. Over at the bar, some random dude maybe tries to not really hit on Robin and/or Lily. He’s there for the wedding, but Robin can’t figure out who the heck he might be, other than some distant Canadian cousin. 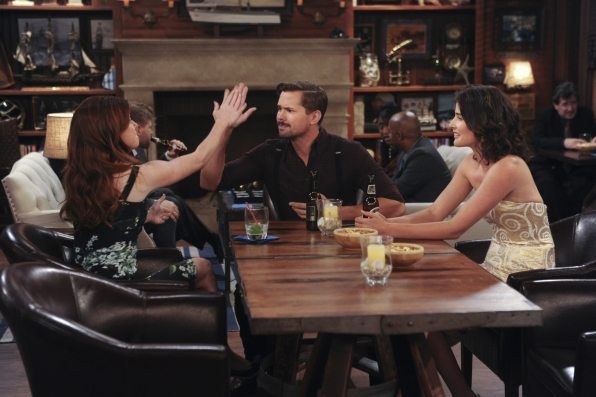 Lily suggests that Ted steal another bottle of $600 booze from the local liquor store, where the security is “a total joke.” Ted refuses because he would not go to jail for Barney, which is awkward because Barney would definitely go to jail for Ted because it’s the bro-ble thing to do.

The mother is headed back to the city after dropping Marshall off at the wedding because she has an issue with the lead singer in the wedding band, Superfreakonomics, which is the guy not exactly chatting up Lily and Robin. Turns out the guy is a scam artist who weaves a conversation into “an emotional prostate exam.” And just for funsies, he has been busy driving wedges between Barney and Ted, and Lily and Robin. To smooth things over with Barney after he learns that Ted is moving to Chicago, Ted steals Barney that $600 bottle of booze. 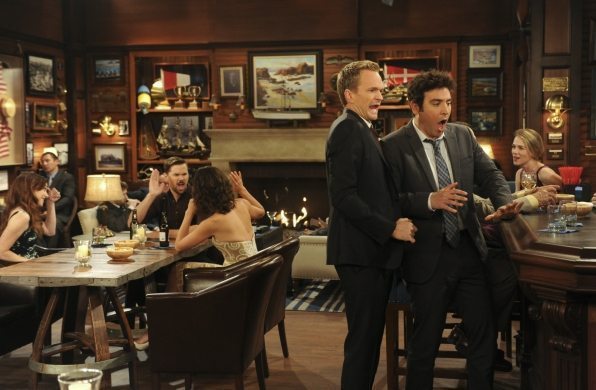 Marshall and his dangling baby finally make it to the wedding, and the mother finally makes it to the same building as Ted. Darren accidentally breaks that third $300 bottle of scotch, so Ted punches him in the face. When the mother finds out that the best man punched him in the face, she told the bartender that she wanted to buy whomever it was the finest glass of scotch around. Which happens to be the same scotch that has thrice been spilled to bits.

Stay tuned for our recaps of How I Met Your Mother’s final season!