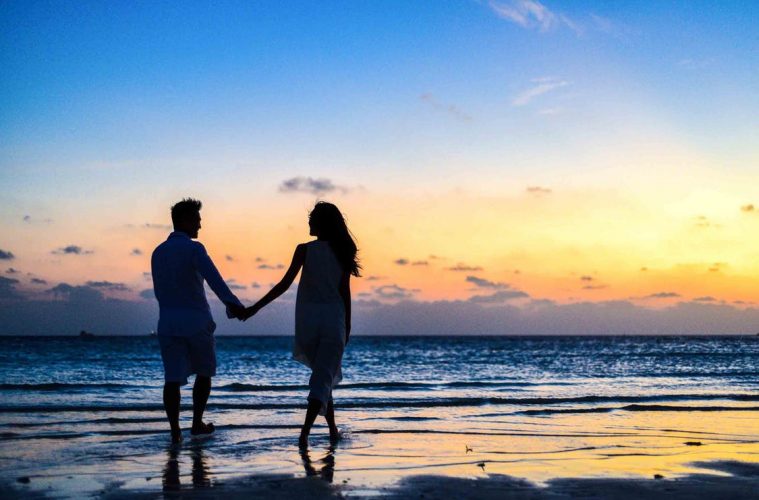 Summer Lovin’ Had Us a Blast: 8 Of Our Favorite Summer Romance Movies

“Summer romances end for all kinds of reasons. But when all is said and done, they have one thing in common: They are shooting stars-a spectacular moment of light in the heavens, a fleeting glimpse of eternity. And in a flash, they’re gone.”

Yada, yada, yada. Yes, Sparks, they are fleeting. They sure are gone in a flash. My summer romances are gone once the credits start to roll, and no, I’m not trying to be poetic. I am being extremely literal. Whether it is On Demand on my couch, in bed on my Netflix account, or in the movie theatre my summer romances are over the second the credits roll because watching summer romance movies are as good as it’s been getting for me.

Stop it. I know you are starting to give sad eyes and are feeling sorry for me, but don’t. I’m perfectly content being Noah and Allie, Diane and Lloyd, and Baby and Johnny’s third wheel. Well, sort of third wheel. Ben & Jerry always come along for dates, too.

Here are my favorite summer romance movies to get you through single-dom, a bad breakup, every Monday, etc.

Noah and Allie tug on our heart strings a smidge more than all other summer romance couples because not only is it summer love, but first love. When they broke up he wrote her a letter every day. Most girls can’t get a guy to respond to a text with more then “Yeah” and here this guy was scribbling away on pen and paper (yeah, if he messed up there wasn’t a backspace either) for an entire year. The Notebook is also special because the on-screen couple became an off-screen couple. Who can forget when Rachel McAdams and Ryan Gosling accepted their “Best Kiss” award like this?

Noah basically tells Allie that even when they die they’ll always be together because if she’s a bird, he’s a bird. OMG.

I enjoy that instead of the girl being the rich and privileged party in the relationship this movie gives her an edgy-I-hate-the-world-persona and it is the guy that comes from mega bucks. I also enjoy Liam Hemsworth’s face. I am sure Miley Cyrus did as well, but let us not dwell that the set of this film is where their doomed relationship blossomed. A pity really. Anyway, he brings the music back out of her and she brings the life back into him after a family disaster. All before they set off for college. Superstars.

He carves their initials into a tree, and then she belts out “She Will Be Loved” by Maroon 5 and he looks at her in awe.

Four years. He watched her for four years throughout high school and was always too afraid to approach her because he thought he was not good enough for her. Her family agreed with him, but she fought for him and they fell in love. In the end, he was exactly what she needed.

C’mon. We all know this is the moment they fell in love.

The classic summer romance movie. Good girl goes to summer resort and meets bad older boy that teaches her to let loose and move. They are the unexpected couple that are so wrong for each other that it becomes just right. Plus, how can you forget that nobody puts Baby in the corner?

I love this scene because in this moment they are a carefree, young, and helplessly in love couple. Fun fact: Patrick Swayze and Jennifer Grey were fooling around on set and did not actually do this for the sake of filming. What a perfect accident.

What do you get when you mix Cape Cod, baseball, Freddie Prinze Jr., a goofy best friend, a total babe, a little love and a disapproving father? A great recipe for a summer romance.

Anytime a guy is willing to risk losing his summer income (did I mention he is her father’s landscaper?) by being caught in his pool after a night swim with the girl of his dreams…well it is okay in my book.

After seeing Say Anything‘s movie poster in Wal-Mart during high school I knew I had to see it. Something about a guy standing with a boom box on his shoulder to try and woo a girl had wooed me. I bought it and watched it every night for weeks. John Cusak plays Lloyd, a dorky high school graduate who knows that he is the one for Diane Court, and insists on asking her out on a date even though everyone doubts him. Surprise, surprise, they fall in love.

This moment. This is it. Everything. After a terrible break-up (as all summer romances have), he tries to win her back by playing their song outside her window. Tip to any future men in my life: Do this after a bad breakup, fight, etc. and you’re immediately forgiven. 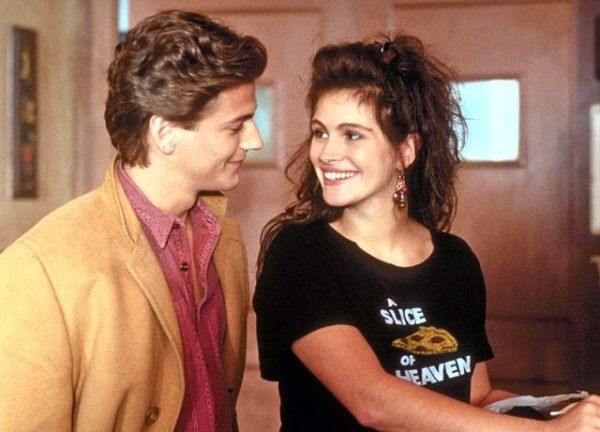 An oldie, but a goodie, and I am willing to bet a few of you are not familiar with the title. Mystic Pizza, starring Julia Roberts, is the tale of three best friends (two sisters and a friend) that work in a pizza shop in a teeny tiny town on the water. Two separate summer romances bloom as one rekindles. Each are unique, adorable, and of course, occur during the summer.

Like all women do, Daisy jumps to conclusions and thinks she catches Charlie cheating on her and dumps a ton of fish into his Porshe. Not sigh-worthy. However, his sweet, caring, and immediately forgiving reaction? Totally sigh-worthy.

Guess what? Summer romance movies do not have to include teens that just graduated from college, or a financially mismatched couple infuriating their parents by being together. Heck, they do not even have to include the cutesy romance stuff because that is not for everyone nor how is that how all relationships are. Drinking Buddies is a dry, quirky and sarcastic film that definitely was not intended to be considered a romance movie, but today it is. Kate and Luke are co-workers in a brewary that become best friends. They are the perfect male and female versions of each other, and it just takes a summer of break-ups, camping, moving, and drinking to figure it out.

This wasn’t as much as a sigh moment (I told you, no cutesy stuff) as much as it was a AHA! I KNEW THEY LIKED EACH OTHER moment.

What is your favorite summer romance movie?