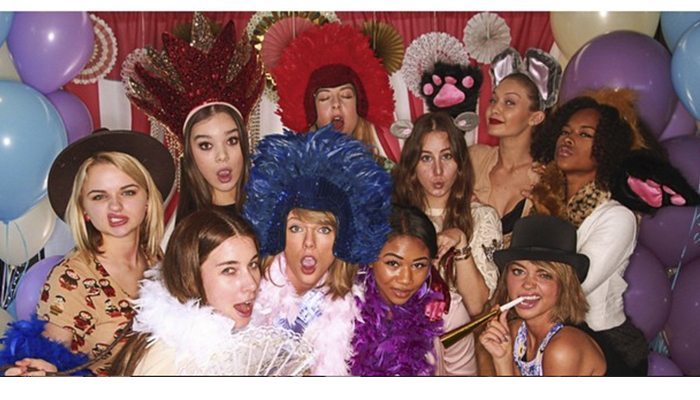 The word BFF is a familiar one when it comes to Taylor Swift.  The singer has about 23 best friends who are all celebrities, talented, and gorgeous.  From going on vacations, bringing them on stage, making them jam, having late night dinners, and even walking with them at the Victoria’s Secret’s Fashion Show, there’s just too many cool and fun things Taylor Swift and her numerous BFF’s have been caught doing.

There are too many times I’ve personally wanted to be considered among Swift’s inner circle, but here are five specific times where being Taylor Swift’s BFF couldn’t have been any better. 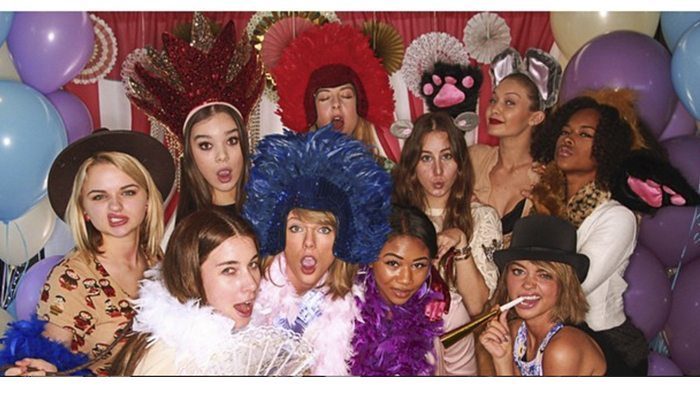 Before he completely blew up, famous ginger/singer, Ed Sheeran, was known for his popular songs “A Team” and “Lego House,” but when he met Swift for the first time, it was instant BFF chemistry.  The cute duo went on to not only write the song “Everything Has Changed,” but Sheeran opened for Swift on her 2013 Red Tour. Talk about getting by with a little help from your friends.

How can anyone forget that moment when Swift stuck out her tongue after seeing Justin Bieber and Selena Gomez kiss.  As most people knew at the time, Swift didn’t want Gomez to keep getting back together with bad boy Biebes, and didn’t mind letting everyone know. Got to love having a friend like Taylor, someone who knows you’re dating a guy who doesn’t treat you right and outwardly showing it.

Have you and your best friend been on the cover of Vogue? No, well Swift and bestie/model, Karlie Kloss have.  With professional photographs of the pair looking like their on a road trip, dancing together, and jamming out on the guitar, it’s completely obvious how alike (I mean they look like twins) the pair are. It also showed that if Swift ever wants to quit singing, she’d do great as a professional model.

Some people celebrate their 18th birthday as a small gathering of family and friends that could involve a nice dinner and some cake. In Camila Cabello’s case, you get your 18th birthday party planned by Taylor Swift, who invites some of her famous besties to the party. The member of girl group, Fifth Harmony, got to celebrate being 18 with not only Swift, but the likes of Selena Gomez, Lorde, Hailee Steinfeld, Sarah Hyland, Joey King, Haim, Jaime King, and Haley Williams from Paramore. #Birthdaygoals.

Only Swift could get all her famous girlfriends together to be in a girl power, action-packed music video where everyone is basically bad-ass.  If you didn’t know how awesome Taylor Swift’s group of BFF’s were, this music video confirmed it.  The song may be called “Bad Blood,” but Swift personally asking you to be in her music video shows that you’re on nothing but good terms with her.

How many times have you wanted to be BFFs with Taylor Swift?