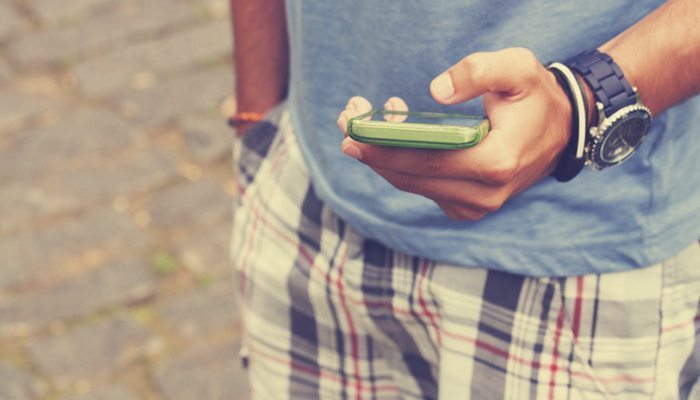 WATCH: And The Worst Text Ever To Receive Is…

Cell phones have made communicating with all of your favorite people ridiculously easy. However, the invention of text messaging has taken that ease and completely ruined it. Why? Well, for starters, there’s nothing that can ruin your day like sending the wrong text, waiting for text messages, or, worst of all, received the response “K.”

It doesn’t really matter what you and the person you’re texting are talking about, once someone drops the “K” response, you can assume the person who received that text is about to go crazy. Basically, nothing good comes from the “K” response. And we’re not the only ones who think this.

The folks over at Elite Daily made a hilarious video about why “K” Is literally the worst text anyone can ever receive. “I would rather someone send me Anthrax than send me K,” Joe Santagato says in the video. And while we think that’s a little dramatic, it’s not too far fetched from how we feel about “K.”

Think about it…. When was the last time you send “K” as a response to a text? When you were A) mad, B) furious, or C) pissed.

And just a reminder, OK, OKAY, OKIE, OKIE DOKIE and KK are all acceptable responses if you’re feeling the need to reply quickly.

Also, be sure to watch the video below from Elite Daily, it’s so hilariously real.

How do you decode text messages?