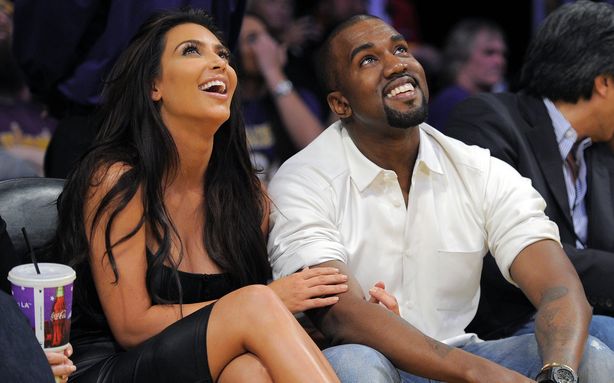 Well, this went in a totally unexpected direction! (Ha. Sorry, I had to.)

Kim Kardashian gave birth to a baby girl on June 15th, just in time for Father’s Day. And ever since then, the world has not-so-quietly awaited the announcement of Kim and Kanye’s newborn daughter’s name. For 5 days the world spread rumors and made up their own fake baby names in anticipation of what felt less like a birth announcement and more like the apocalypse was coming.

It’s not funny, guys. Stop laughing. This is your daughter we’re talking about. (via)

It’s a good thing they didn’t give her a middle name, because “North Southeast West” would be pretty tragic.

As an avid viewer of Keeping Up With The Kardashians and someone who follows all of the sisters (including Kendall and Kylie) on Twitter and a girl obsessed with the epicness that is Scott Disick, I have to say that this is a major disappointment. I mean, judge me all you want, but I really thought that, while Kim has made mistakes – hey, nobody’s perfect, right? – she was above doing something stupid that would seriously shame her child for life. I know it’s like the “in” thing to do to name your celebrity baby something ridiculous, but Kim and Kanye are honestly just asking for their poor daughter to be made fun of forever.

Seriously though… are you? Because it seems like it.  (via)

Kanye’s involvement, however, is not a disappointment, because I expect things like this of him. After all, he did just release a song about how he thinks he’s a god, so, there’s that.

Oh, and apparently they’re going to call her “Nori” for short (much better than “North” right?)

In the hours since the world first learned of Kimye’s baby name, Twitter has basically exploded with tweets that are both judgemental (appropriately so) and hilarious. Here are the best of the best “North West” tweets:

So I’m assuming that North West won’t be a One Direction fan?

make fun of the name all you like, ‘North West’, but Kim and Kanye’s baby is going straight to the top.. and slightly to the left

Kim and Kanye name their daughter North West. And that’s pretty much all the guidance she can expect.

I’m really surprised Kim and Kanye named their baby North West. I mean with them having a history of good decision making and all.

Kim and Kanye named their baby North West. In related news, the Death Star now has a good enough reason to destroy Earth.

Kim and Kanye named their baby North West. It’s one of the few things in Kim’s life that hasn’t gone south. #sorryshesprobablyverynice

And in case you’re wondering what I had to say on the matter:

Yeezus, Mary and Joseph. I can’t believe they named her North West. #KimyeProblems

What do you think of “North West” as a baby name?

Featured image via The Atlantic Wire.