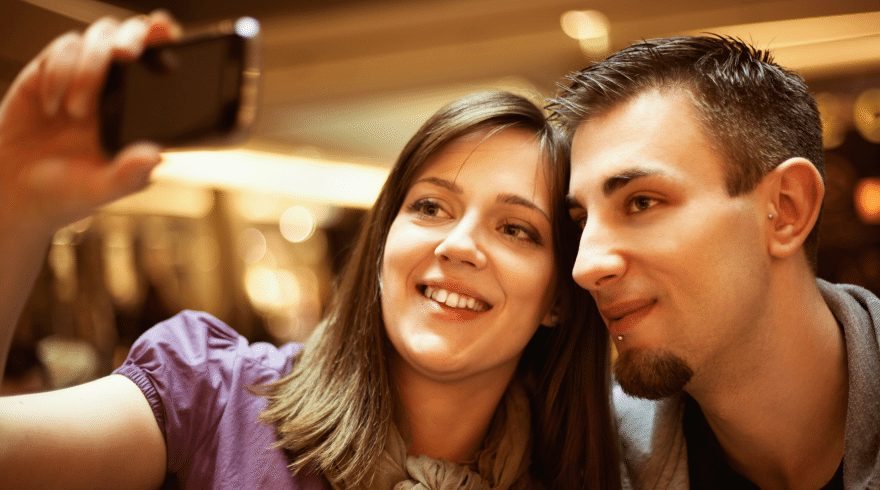 The Ultimate Guide to Taking The Best Selfie Ever

Selfie: (n.) a photograph that one has taken of oneself, typically with a smartphone or webcam and uploaded to a social media website.

Not that you needed a definition or anything — you’re probably a part of the #selfienation just like everyone else. But, considering the Oxford English Dictionary just declared “selfie” their word of the year, I thought we should start things off properly. Now let’s talk about the history of the selfie, shall we?

I don’t know for sure exactly when the first selfie came into existence, but it was definitely way before 2013. I’m pretty sure people have been taking photos of themselves for ages, but actual selfies are more than that. Selfies became a thing when camera phones became a thing, and more importantly, when social media became a thing. I was taking selfies on my Virgin Mobile flip phone (specifically, this one) when I was 14, and anyone who grew up in the Myspace era knows exactly what I’m talking about. They were grainy and required serious — and I mean serious — editing before they could even be posted and they were probably 200 pixels wide at most and of horrible quality. I would provide one as an example, but nobody wants to see that. Oh, how technology has grown (and with it, so has the art of the selfie.) 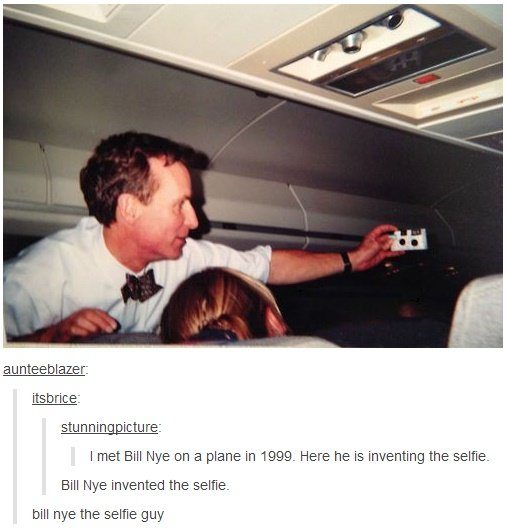 There used to only be one “pose” that one could have in a selfie — affectionately known as “The Myspace” pose, it required you to lift your arm way over your head and point the camera down at yourself, as you looked up at it “mysteriously,” often with your head tilted and only one eye showing. This gave your body the illusion of being impossibly thin with ample cleavage, no matter what you looked like. It was also important that A) flash was left on to give your skin that glowy look (in the Edward Cullen sort of way, not in the healthy skin sort of way), and B) that you immediately uploaded it into whatever photo editor you were using (your 5th free trial of JASC Paint Shop?) and increased the contrast and the saturation until you looked like an alien. And guys basically just took mirror shots that proved at least one of 3 things: A) they had abs, B) they did not have abs, or C) they sucked at cleaning mirrors.

Now, selfies are strategic, with multiple poses and so many things to consider. Since the future will bring us ample selfie opportunities, we can all benefit from a guide to taking the perfect one, right? Right.

Rule #5: Consider where you’re posting it. 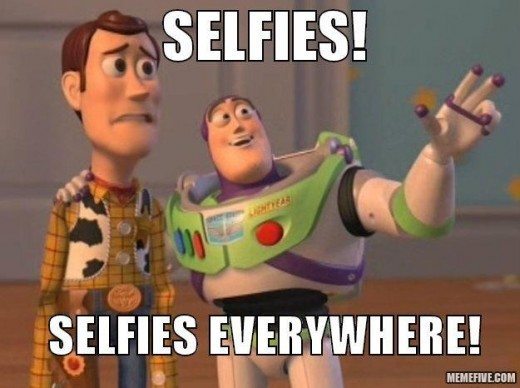 There are different types of selfies based on the social media network you plan on sharing it. Instagram? You need to fit into a square (which requires some serious thoughts about posing) and then you have to find the perfect filter. (Hint: It’s never Kelvin.) Tumblr? Break out your hipster clothes and try to figure out how you can look nerdy, badass, and sexy, all simultaneously. Hey, not everyone can be Tumblr famous! And Facebook? That selfie needs to make you look like you have a fun social life, look hot, and also respect the fact that your grandmother will probably see it.

People have been taking selfies in their bathrooms since the dawn of camera phones. We’re all guilty of it, and I get it. The vanity lights in the bathroom are often the most flattering lights in the house. It’s also probably the only place you can get some privacy to take 1 (or 100) selfies. But unless your bathroom is spotless and there’s no toilet, tile, or sink in sight, you should stop. Take selfies outside, take them in your room, take them at the bar, but don’t take them in the bathroom.

The Myspace pose was basically our own ignorant way of “finding our angles” — we just found way too many of them. Tilting your head up and taking a selfie from slightly (the “slightly” part is very important, folks) above you is a great way to highlight your best features. A good rule of thumb? If your arm hurts from holding your camera/smartphone/webcam (why are you holding your webcam?) then you’re probably doing it wrong.

Your face can look super, super hot in a picture, but if any other part of you looks awkward or deformed, even people who are like, “hey, you look really pretty in this picture!” are going to be like, “…but with the way the light is hitting you, your shoulder looks deformed.” Yeah, I totally didn’t learn that one the hard way or anything.

Lighting is essential. Natural light is best, and fluorescent light is the worst. Find a happy medium, make sure you’re catching the light with your face in a flattering way, and you’re good to go. And never, ever use flash.

And last but not least…

The Golden Rule: No. More. Duckface. Stop it.

I should probably call this one the bronze(r) rule, but that’s beside the point. Duckface is not cute. It’s not even cute when Kim Kardashian does it. Don’t do it. Don’t do duckface in the missionary position, don’t do duckface standing up, just, don’t do it, okay, promise? Okay. Now everybody take some selfies. (Even Coach Carr knows it’s wrong to do the duckface.)

Now go out and do your thing, #selfienation!