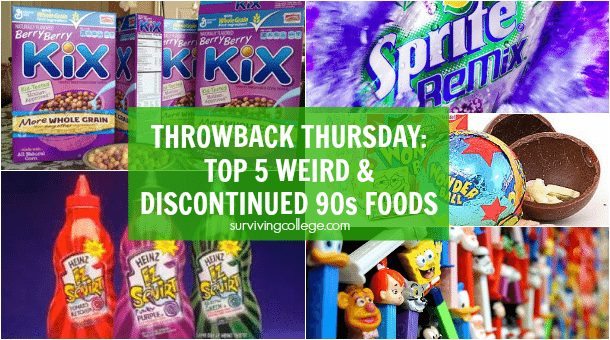 Throwback Thursday is your weekly concentrated dose of nostalgia, where we round up the bests and worsts of all things 90s (and the early 2000s.) This week: The top 5 weird and discontinued foods of the 90s!

Italian.  French.  Ethiopian.  Food is a very important cultural staple.  Food is also constantly evolving.  At one point in human evolution, we were all just nomadic hunter-gatherers eating dinosaurs and leaves.  But today we grab a coffee at Starbucks and a cheeseburger at McDonalds.  Some of us even use food as a source of comfort in times of need. I myself have been known to eat an entire bag of potato chips in under and hour.  As TV’s Liz Lemon would say, “I have to go talk to some food about this.”  So, in case you hadn’t guessed it yet, this week I am bringing you some of the weirdest foods of the 90s.

Ketchup is already kind of a weird thing to begin with. Who invented ketchup in the first place, is what I’ve always wanted to know.  Who was like “Whoa.  These tomatoes would be a lot more delicious if I smashed them up into a paste and then spread them across my cheeseburger.”  I’d like to shake that person’s hand, because they invented a condiment staple.  Another question I have about ketchup is, are there any other brands except for Heinz?  I’m fairly certain I have never seen a ketchup bottle with any other label on it.  But also, what was going on back in the 90s, when Heinz decided that they wanted to make different colored ketchup?  Did someone at the factory run out of red food coloring?  Or accidentally spill a different color into the machine?  And then instead of getting fired, Mr. Heinz was decided that was a brilliant idea and rolled with it?  I think I speak for the good of the population when I say that I generally tend to prefer when the processed food is at least the same COLOR as the original product. 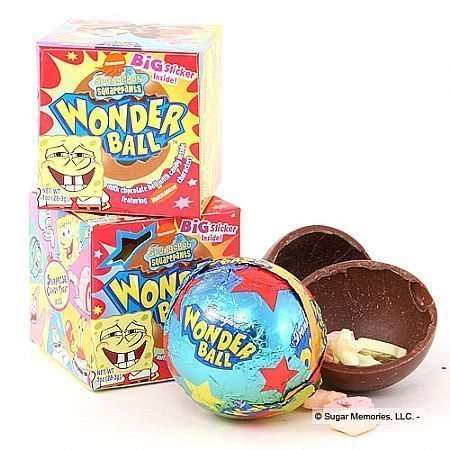 The Wonderball is by far the most complicated food of the 90s.  The whole thing is wrapped in foil.  Then you have to break open the milk chocolate ball itself.  Then navigate through the little candies inside the ball until you get your sticker.  So basically, it’s sugar surrounded by sugar, with a little bit of danger thrown in.  You could accidentally swallow that sticker if you aren’t careful.  Or, if you were like a regular kid, you could take the dare that Ashley-Rose gave you and try to swallow the entire Wonderball whole.  Which is probably why the candy got discontinued. 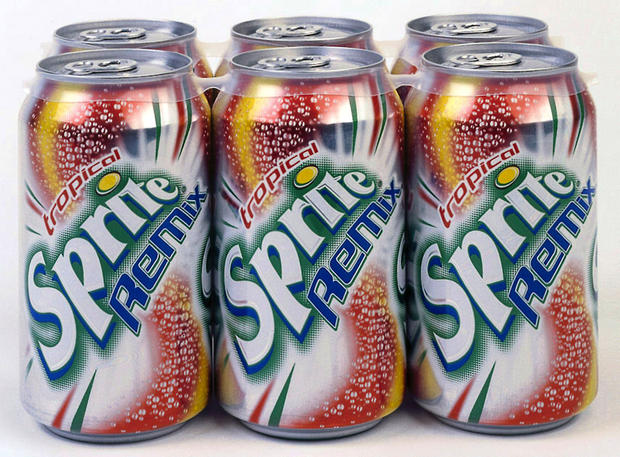 So the whole DJ trend was pretty big in the 90s, why not let the food and beverages we eat and drink capitalize on that fad?  Thus came Sprite Remix.  Which was basically just Sprite with a touch of fruity flavoring.  Except there were three different flavors of Sprite Remix.  It started off with Sprite Tropical Remix—okay nothing too unusual about this flavor, fruity flavored Sprite.  Then there was Sprite Berryclear Remix—is “Berryclear” supposed to be a spoof on “everclear”?  But okay, I give it to them, berry flavored sprite.  And last, but certainly not least, we come to Sprite Aruba Jam Remix—what the hell is that?  Aruba?  Isn’t that kind of the same thing as tropical?  What’s an Aruba Jam?  Is that like reggae music?

The candy itself is kind of gross.  It’s like tiny, sort of sugary flavored pellets.  Personally, when it comes to Pez, I think it’s all about the dispenser.  Those dispensers were awesome—and definitely contributed significantly to your first grade social standing.  I am still the proud owner of a Spiderman Pez dispenser.  Go ahead and judge.  Spiderman is by far the coolest superhero of them all, I don’t care if you say you like Batman more, Batman is just a glorified vigilante with gadgets. They should call the series Alfred, cause Alfred is the only one that seems to do any work!…er…I mean…Pez was a thing that happened. 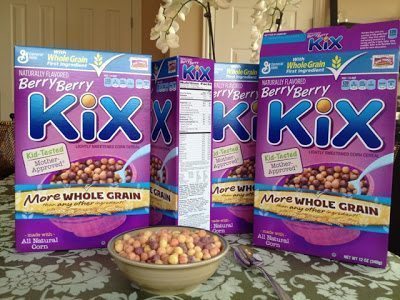 Tired of eating the same old boring Kix cereal every day?  Want something new to excite your palate in the morning?  Then try Berry Berry Kix! It’s like Kix, but fruitier! Let’s get real, cereal was kind of a big deal to us back in the 90s.  If you were like me, you probably weren’t allowed to eat any of the fun cereals though (Cookie Crisp, Cocoa Puffs, Toast Crunch, Reeses Puffs Cereal).  But Kix was definitely a morning staple, and when Berry Berry Kix came out, it was kind of a major thing at the Brinn house.  You mean we could get all the healthy goodness of Kix, but with the flavor and fun of a cool cereal?!! Way to go, Mom!!  You’re not like other moms, you’re a cool mom!!

What were your favorite weird 90s foods? Tell us below!