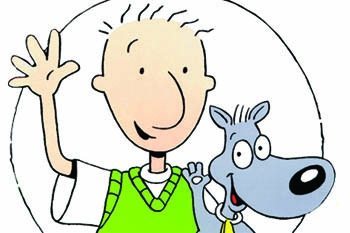 Throwback Thursday is your weekly concentrated dose of nostalgia, where we round up the bests and worsts of all things 90s (and the early 2000s.) This week: 5 reasons Doug was the shiz.

Is there any question that Doug was one of the greatest cartoons of our childhood? I honestly can’t think of a single thing I disliked about it (except maybe when it switched from Nickelodeon to Disney and things got a little weird, but even then it was still awesome.) Douglas Yancey “Doug” Funnie was the loveable but slightly socially awkward new kid in the town of Bluffington, Virginia which happened to be full of pastel colored people. Doug had a gloomy, Shakespeare-obsessed sister named Judy, a crazy cool neighbor named Mr. Dink, an awesome dog named Porkchop and the coolest best friend ever, Skeeter Valentine. Doug’s favorite band was The Beets (an obvious play on The Beatles), he was madly in love with a girl by the name of Patti Mayonnaise, and he had a secret alter ego: Quail Man (but we’ll get to that later!) The storyline was perfect – it was family friendly but relatable to everyone (unlike a lot of cartoons both past and present), made people laugh, and taught lessons. Basically, Doug was the shiz, and I’m here to remind you why.

And yes, these will be very specific reasons. Get ready.

Listen. Doug was a freakin’ superhero in his spare time, okay? Get it together, Quail Man. You shouldn’t be having any problems with the ladies, bro. Sorry, I just had to get that out of my system.

Doug’s crush on Patti Mayonnaise was actually one of the most endearing things the show had to offer and most episodes somehow wound up centered around his undying love for her. I’m pretty positive that the whole time Doug was pining over Patti, she was feeling the love too. If she wasn’t, she was awfully flirty (remember when she asked him out on a date?) Anyway, the best thing to come out of Doug’s gigantic enormous crush on Patti was Doug’s secret song. Much cuter than Helga’s chewing gum shrine to Arnold, Doug’s song is the bomb.

Doug wasn’t exactly a food connoisseur — he even said, and I quote, “I always thought the Honker Burger was a pretty big adventure.” Naturally Porkchop, the most awesome dog to ever dog, was a sushi expert, spinning his chopsticks around like a ninja. Doug’s crazy, motorcycle-riding grandma and Porkchop’s mad sushi skills aside, the greatest part of this episode was the music at the restaurant. Everybody, sing it with me: “ging ging GING, ging-ging GING ging ging ging!” Seriously, even rewatching this episode I couldn’t focus on the actual plot because the rest of the episode was being drowned out by the intensely amazing musical atmosphere. If you don’t wish you could hear that music every time you eat sushi, then we can’t be friends anymore. 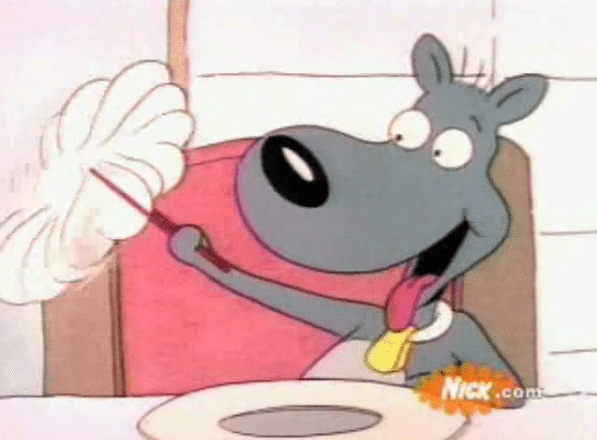 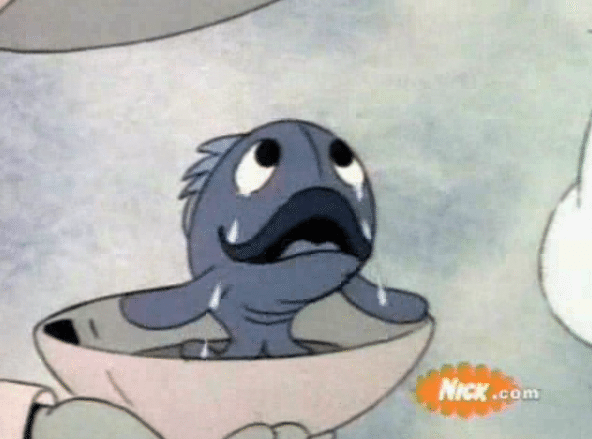 Banging on a Trash Can

Do I really need to explain this one? You remember when Doug had a garage band. You know the words. You know how awesome it was.

But we did learn a valuable lesson from all of it: think big

Everything by The Beets

The Beets were Doug‘s play on The Beatles. They were the band that everyone, and I mean everyone, went crazy for over there in Bluffington. All of them were painfully cool and they had a thing about tofu (E-I-E). I don’t really blame them — tofu can be a little scary (and this is coming from a vegetarian, so I’m supposed to eat it or something. Whatever.)

Anyway, The Beets rocked out to some of the coolest songs ever. “I Need Mo’ Allowance,” “Killer Tofu,” and “Shout Your Lungs Out” were the truth of our youth. But I just have one question: what’s a scrumble? If you don’t get it, just watch the video:

When Skeeter Taught Doug to Dance

Skeeter Valentine was the coolest best friend ever because he was literally willing to do anything for his buddy Doug. I mean, it was only the second episode. Doug was still brand new in town and Skeeter was already doing his part to help him out by trying to teach him how to dance. He was even willing to accidentally turn himself into a walking pretzel in the process. What are friends for, huh?

Oh, and of course there was the famous honk.

Truth be told, I was super disappointed when My Cousin Skeeter premiered and it wasn’t a spinoff starring Doug’s tried and true bestie.

What was your favorite Doug moment?