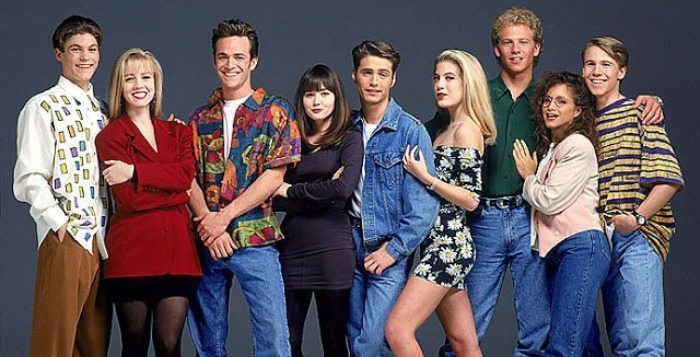 Let’s cut to the chase:  the 90s were a really weird time for fashion.  Some strange choices were being made.  I remember in like the fourth grade, the hip thing to do was wear a bandana over your hair—babushka-chic was supes trend.  Wearing snap bracelets was cool, but also sort of painful. I’m pretty sure I have actual scars on my wrists from being a little too overzealous with mine.  Suffice it to say, some really unique style choices were being made in the 90s. Here are some of my favorite:

In my elementary school, you weren’t cool (or good at sports) unless you had a pair of A.D.I.D.A.S. sneakers.  One question that never got answered for me though is: What does A.D.I.D.A.S. stand for?  There was some heavy speculation that suggests that the acronym meant “All Day I Dream About Soccer.” Soccer was like a huge deal in the ’90s, everyone wanted to bend it like Beckham.  Even I got into soccer.  Although, at my very first practice ever, I took about two steps out onto the field when a ball hit me in the face, gave me a nosebleed and defined my relationship with sports for the rest of my life.  Just in case it is unclear; I did not have a pair of these sneakers.

I’m really unsure as to why overalls became a thing.  I’m a huge fan of layering as a style choice, but I think overalls take the decision to layer just a little bit too far.  Also like, what function do they serve, if not to support the thriving denim industry?  I’m pretty sure the 90s saw a large spike in the denim industry, because for some reason everything that could be made from it, was.  Very few people should be allowed to wear overalls.  Unless you are a contractor / employee of the construction industry, or Candace from The L Word, you should probably never wear overalls.

For some reason, in the 90s, we decided it would be a good idea to start putting super bizarre stuff in our hair.  Chopsticks became a frequent accessory for an oriental look.  Scrunchies were also wildly popular—and multifunctional, they could double as a bracelet.  But for some reason, butterfly clips were the biggest deal ever.  I didn’t even like to put things in my hair and I still had about 400 of these.  What’s really strange about them is that you didn’t put just like one or two in your hair, you put like 30 in at once.  Basically. your head was supposed to look like the butterfly room at the zoo. 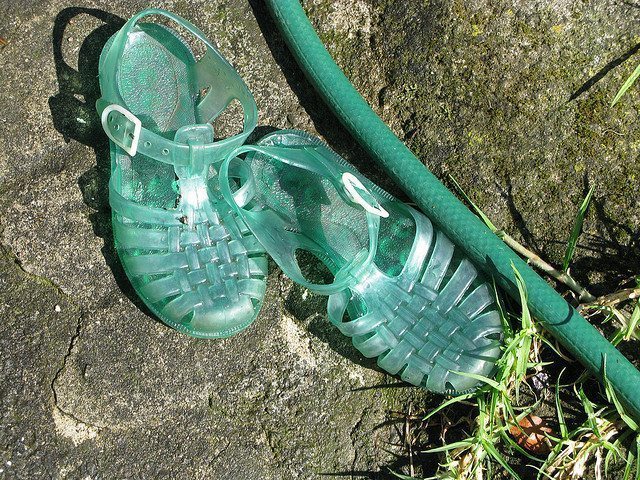 Why, why, WHY were these a thing that happened?  Who invented these?  Why did people think they were cool?  Jellies being in style is the 8th wonder of the world.  I literally just don’t understand. First off, they were hideous looking.  Even if they weren’t made out of that weird material, they would have been ugly shoes.  Secondly, they came in the weirdest colors, all of which were some sort of neon-meets-puke-of-someone-at-a-rave tone.  Thirdly, what the hell were they even made out of?  That material certainly can’t be naturally occurring.  What creepy science experiment exploded and resulted in Jellies?!

GAP hoodies were literally the coolest article of fashion ever to come into existence.  I want to be buried in a GAP hoodie.  In the fifth grade, I had a blue one—because blue was the “in” color then, and I am nothing, if not trendy. Most importantly about the GAP hoodie, YOU COULD CARRY YOUR SNACKS IN THE BIG POCKET. In the front pocket of a GAP hoodie you could fit like a candy bar, a bag of chips, plus also that granola bar that your mom made you bring even though you would probably just throw it out because why would you eat a granola bar when you have a Snickers and Doritos. I also remember tying mine around my waist a lot.  Because that was a thing we did back in the 90s for inexplicable reasons.

What is your favorite horrible 90s trend?