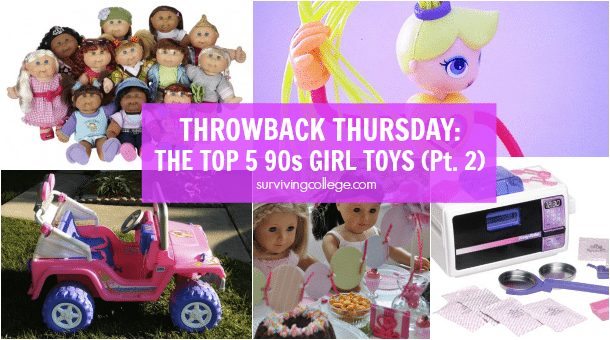 Throwback Thursday is your weekly concentrated dose of nostalgia, where we round up the bests and worsts of all things 90s (and the early 2000s.) This week: The top 5 girls toys (part 2!)

Today, Elizabeth Cady Stanton is known for being one of the most prominent feminists during the women’s suffrage movement.  She, with the help of Lucretia Mott and Susan B. Anthony, organized the Seneca Falls Convention, which was a major moment in gaining rights for women all over the United States.  But before Lizzy and Sue were arranging major movements to end misogyny, they, like the rest of us, were just little girls playing with their dolls.  While today, as adults, most of our fun comes from doing whatever Oprah tells we should, when we were children, we spent a significant portion of time playing with our toys.  Brittney brought you some quality toys before, but I’m cleaning out the toy-chest.  Here are some more of the best toys for girls. 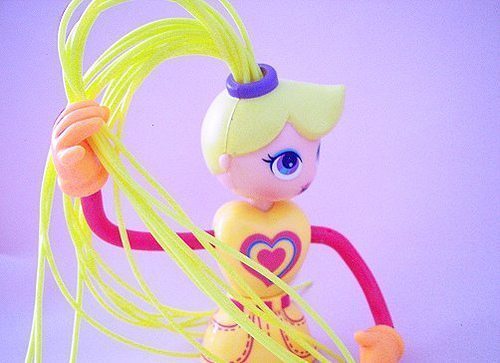 Betty Spaghetty was a rubber dolls with long, moldable hair, and changeable shoes and clothes.  As a girl, it was important to learn at a young age about the significance of hair care and accessorizing—how else are we supposed to attract a suitor, if not for our hair and clothes?  I do have to wonder though, is there a possibility that the twig-like dolls that we used to love playing with so much have an influence on us in our world full of eating disorders and juice cleanses. 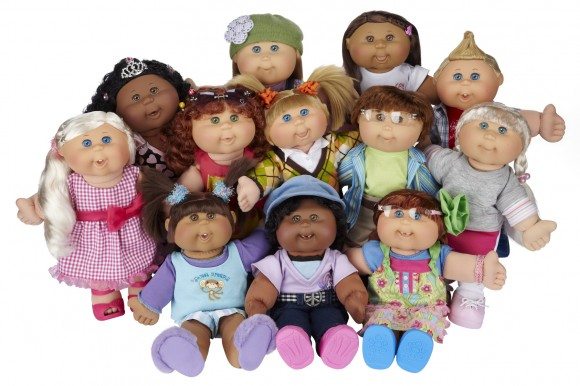 Cabbage Patch Kids are kind of a big deal, blah blah blah, you get the general gist.  The one thing I want to know is, what was Xavier Roberts, the inventor of the Cabbage Patch collection, smoking when he came up with their story? According to ancient Cabbage Patch legend, Xavier Roberts follows a mythical bunnybee (that’s a bee with bunny ears for wings) into the magical valley where a bunch of babies are just being born all over the place.  In order to protect the babies from their nemesis, Lavender McDade, who wants to put the Kids to work in her gold mine, he helps them find nice adoptive parents.  What even is that story?  Am I the only one who thinks it’s totally bizarre?

I have always abhorred the stereotype that women cannot drive.  Most of us are safer drivers than most men, do not let the mailbox, brick wall, and rental car that I have hit tell you otherwise! That being said, the Barbie Jeep was definitely a step in the feminist direction.  Driving around in a big pink and purple car with the picture of a buxom blonde doll on its side totally fights all female stereotypes! In all seriousness, the Barbie Jeep was pretty awesome, and I was totally jealous of Becca C’s.  That Becca C. got everything I wanted!  First horseback riding lessons, then a Barbie Jeep?!  When will the unfairness of the universe end?! Seriously though, Mom, if you’re reading this, I’m still waiting for my Barbie Jeep, Christmas will be here sooner than you think. 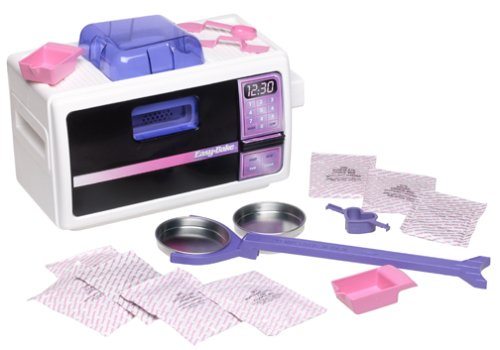 The Easy-Bake Oven is the toy that taught me at a very young age that I was not to be trusted in the kitchen.  If the Barbie Jeep was a step in the feminist direction, then the Easy-Bake Oven may have been about thirteen thousand steps backwards—voting, who wants to do that?!  Seriously though, why didn’t they just name it the Housewife 3000.  Seriously, thank you, Easy-Bake, for causing girls all over America to believe that the most important skill they would need for the future is domesticity in the kitchen.  Maybe the next cooking-geared toy to be put out should be a sandwich maker, because obviously in the eyes of toymakers everywhere that is all a lady will be good at. 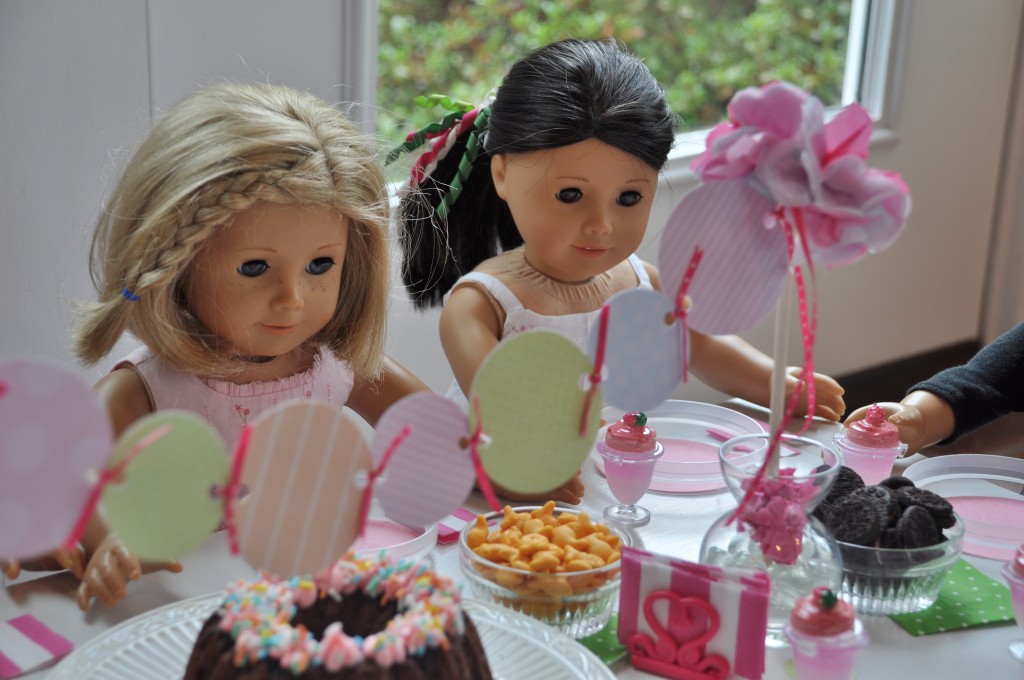 American Girls Dolls were awesome, I don’t care what anybody says.  Plus they were also sort of educational! You could read their books detailing the historic period that they came from.  Plus they had super cool miniature accessories! And everyone knows how much I love things that come in miniature form, because they make me feel like a giant! I will admit though, things did get a little weird when American Girls started their whole “create-your-own” thing.  It was like a salad bar, but for dolls.  Instead of picking out what lettuce, croutons, and tomatoes you wanted, you got to pick out skin, hair, and eyes for your doll.  Plus, all anyone ever wanted was a doll that looked identical to themselves, which I think is kind of creepy.

What were your favorite toys of the 90s?