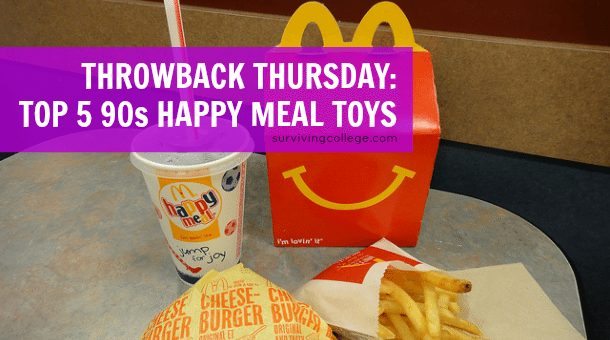 Throwback Thursday is your weekly concentrated dose of nostalgia, where we round up the bests and worsts of all things 90s (and the early 2000s.) This week: The best McDonald’s Happy Meal toys! 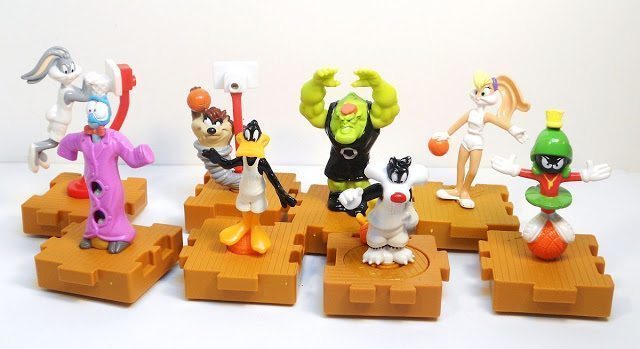 First of all, anything Space Jam is awesome. Period. (P.S. did you know that the original Space Jam website is still in tact and fully functional? Hell. Yes.) When you combine the awesomeness that is Space Jam with the cheap plastic perfection of Happy Meal toys, well, it’s as if the heavens opened up. (Queue “ahhhh” sound and perfect ray of sunlight.) The toys fit together like a puzzle and each one had it’s own special moves. Challenging and entertaining, with a side of fries, yay! 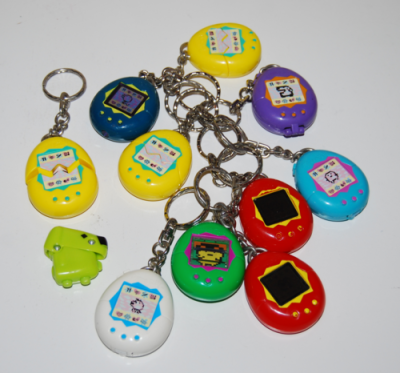 Admittedly, it would’ve been a whole lot cooler if Mickey D’s had given out real Tamagotchis in their Happy Meals, but that’s besides the point. Tamagotchi keychains were Tamagotchis that you couldn’t play with but were a way of totally innocently defying the rules of your school. Remember how real Tamagotchis got banned in schools across the country because they were too much of a distraction for us already short-attention-span-ridden children? These looked like the real thing, but ha! No batteries necessary. 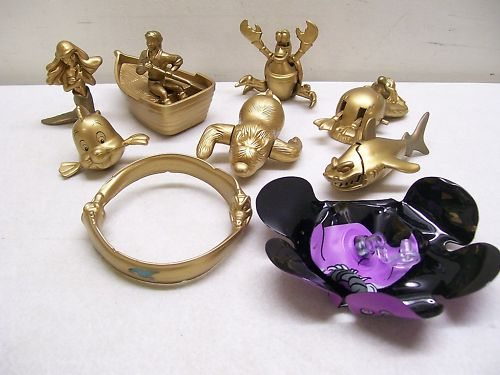 First of all, I just want to say thank you to the person who left Ursula deflated when they took this, because nobody wants to see that. Also, why did she not get to be gold? Why did Ursula have to be blown up in the first place? Whatever. Moving on, these were freaking awesome. I mean, really, golden (well, not really) Little Mermaid toys that floated? It doesn’t get much better than that. I do have to say though, Max the dog is looking pretty creepy in fake-gold form. Hmm… 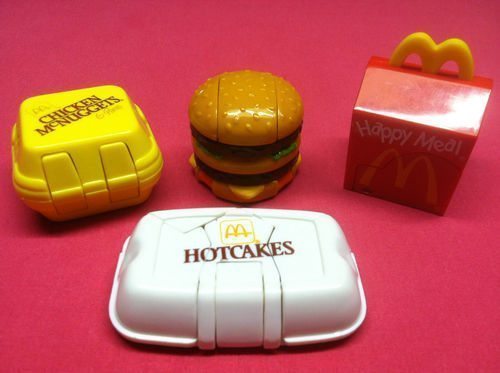 I don’t have much to say here except “DINO MCCHANGEABLES!” Whoever thought, “Hmm, yes. Let’s make plastic replicas of our famous McDonald’s foods and make them TURN INTO DINOSAURS!” was a brilliant, brilliant person to whom we owe a small awesome portion of our childhoods. I mean, McDonald’s, and dinosaurs. You’re combining two things that every child loves. Dino McChangeables were a win for sure. 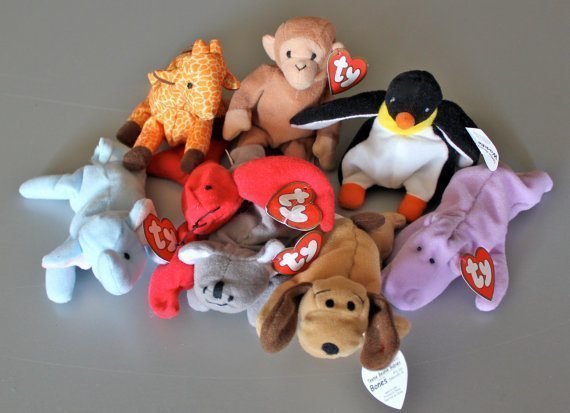 Teenie Beanie Babies were the greatest Happy Meal toy there was, and if you disagree, you were clearly not a 90s kid. You see, after you collected all of the regular Beanie Babies, you could go get tinier, cuter versions that also came with McNuggets! Stuffed animal? Check. Delicious fake chicken? Check. Ultimate Happy Meal, right there. As a child who had a ridiculous Beanie Baby obsession, these were right up my alley.

What were your favorite Happy Meal toys? Tell us below! Next week on Throwback Thursday: The Worst 90s Girl Fashion Trends