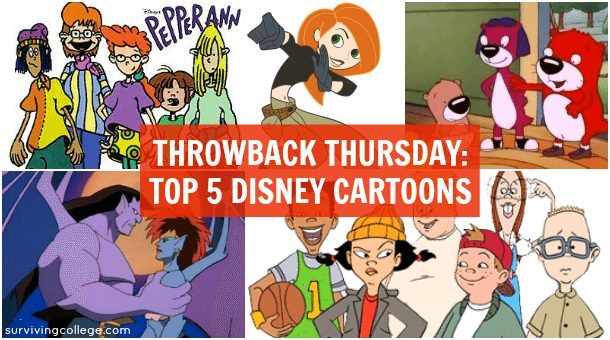 Throwback Thursday is your weekly concentrated dose of nostalgia, where we round up the bests and worsts of all things 90s (and the early 2000s.) This week: The best Disney cartoons/animated shows!

What kid doesn’t love cartoons? Naturally, I don’t even have to say that the cartoons of the 90s were awesome because you already know that, but seriously: the cartoons of the 90s/early 2000s were awesome. The Disney Channel had a huge variety of cartoons during our collective youth, and it is only appropriate that we at SC pay tribute to the fabulousness that was Disney cartoons back in the day. First of all, there were TV-series remakes of basically everyone’s favorite Disney movies – The Little Mermaid, 101 Dalmations, The Lion King, etc. All of them were amazing. Mostly just because it gave us all an excuse to watch our favorite Disney movies in a more condensed, short-attention-span-appropriate form. There were also many a series from the early 90s through the early to mid 2000s that were just truly fantastic. From Chip ‘N Dale Rescue Rangers to Lloyd in Space and everything in between, Disney cartoons from ‘back in the day’ were the coolest. Here are the top 5 Disney animated series from the 90s/early 2000s. Well, at least they’re my favorites. Sort of. Guys, don’t judge – it was really hard to choose. 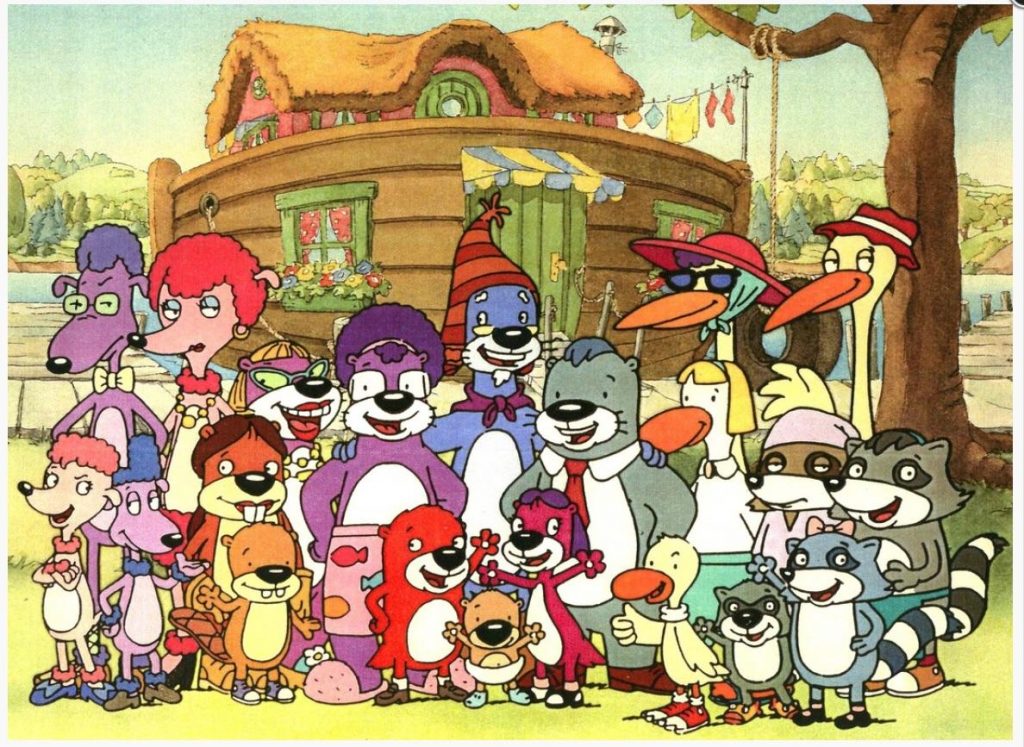 Oh, PB&J Otter, what can I say other than thank you for giving us all the wonderful gift that was The Noodle Dance. Sometimes, when life gets particularly rough and I can’t find an immediate solution to my problems, I sing The Noodle Dance song to myself and magically everything is better and I have tons of ideas. Okay, that’s a lie. Not the part about singing the song – the part about tons of ideas. Obviously the show lied to me (and all of us) but  I don’t care. I still loved PB&J Otter. Also, thank you, Peanut, Jelly, and Baby Butter, for causing me to have an aversion to poodles. Rich, stuck-up poodles. And why did the cranes always have to gossip? I just. Sigh…

So Gargoyles wasn’t really one of my faves. Actually, I was kind of afraid of Gargoyles. I know that boys in the 90s loved all the dark cartoons and whatnot but I was a girly girl to the max and a serious scaredy-cat as a young child, so creepy statues that come to life? Not my thing. Now that I am older and don’t have nightmares about legitimately everything that is even remotely dark or creepy, I can admit that Gargoyles was a really cool show. But back in the 90s? Turn it off, turn it off, turn it off! (Of course, nothing was worse than Are You Afraid of the Dark? but, alas, that is for another post.)

Judge me all you want for this, considering Kim Possible first aired in 2002. Go ahead. But, guess what? You won’t. Because nobody cares what year Kim Possible came out. Because Kim Possible was freakin’ awesome and that’s all that matters. It was a part of our childhood and it was one badass Disney cartoon. Kim was a strong female hero with her dorky but loveable BFF Ron Stoppable and lest we forget, A NAKED MOLE RAT. Those things are mad creepy in real life, but Rufus was adorable. No, it’s not from the 90s. But how can you deny this amazing, wonderful show? You can’t, and that’s a fact.

When we were kids, recess was life. And so was Recess, the cartoon. Recess had the perfect mix of characters (some nerdy, some totally cool, and some complete badasses – as much as one can be in elementary school, at least) and taught us all that actual recess was way more than just playing on the monkey bars and swinging on the tire swings. It was so much more than kickball and hopscotch. It was a whole society, with cliques and class divisions and even a government. Elementary school kids. With their own government. Now that is a powerful message to us 90s kids, don’t ya think?

Of all the Disney cartoons of my youth, Pepper Ann was pretty much my favorite. Pepper Ann Pearson was indeed much too cool for 7th grade. Now here’s a good question for you all: do you know where Pepper Ann came from? No, I don’t mean Hazelnut Middle School. I mean the late, great YM Magazine. Pepper Ann actually started as a comic strip in YM back in the day. Just a fun fact. Anyway, moving on. Pepper Ann skateboarded and had cool friends and she was totally awkward in a loveable sort of way. I just want to watch every episode of Pepper Ann now for the rest of the day. Can I take time off from adulthood and do that? Please?

What were your favorite throwback Disney cartoons? Tell us below!
Next week on Throwback Thursday: The Top 5 Happy Meal Toys