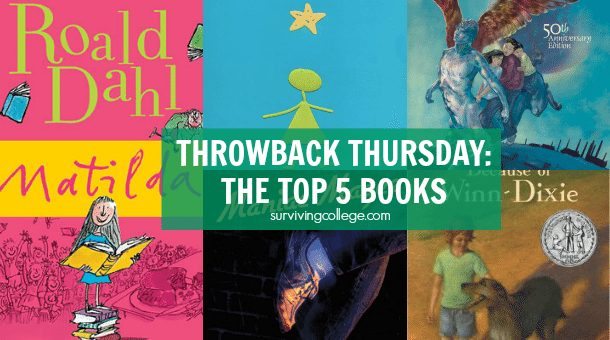 Throwback Thursday is your weekly concentrated dose of nostalgia, where we round up the bests and worsts of all things 90s (and the early 2000s.) This week: The top 5 nostalgia-inducing books!

So, I’m beginning to recognize the fact that these countdowns are getting a little screen-centric.  I’ve given you best of Nickelodeon and Disney and movies and all kinds of TV related things.  But now it’s time to move in a different direction.  If you’re anything like I was in the 90s, you spent most of your time in the back of the library surrounded by a mountain of books, which would later probably be the reason that you didn’t go to prom but decided to stay home and read Stephen King’s Carrie instead—you know, ironically.  Besides, you were also probably way too cool for prom anyways, and if Will A. didn’t want to ask you, then that’s his problem because you are way too good for him to begin with, darn it! That being said, you also probably had a passion for reading that went all the way back through to your childhood and could be accredited to Wishbone.  So, without further ado, here are the top 5 books of the 90s and early 2000s. (Not all of these books were written in the 90s, but they were definitely popular then!) 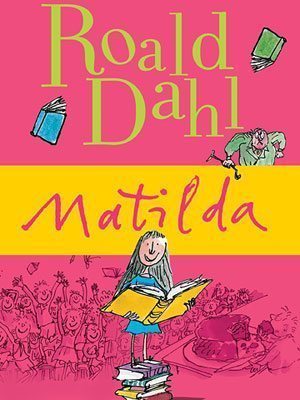 Let’s just take a minute to talk about Roald Dahl.  Is it just me, or were all of his books super trippy and kind of terrifying?  Am I the only one that found the idea of living inside of a peach with a bunch of bugs to be absolutely horrifying?  Also, what does he have against the idea of the nuclear family?  Why are all of his child protagonists from abusive seeming families or orphans in a state of impoverishment and disaster?  Anyways, Matilda is the story of a super smart girl stuck living with her dimwitted parents that don’t recognize her full-potential.  When she begins school, she bonds with her teacher Miss Honey.  Matilda was a pretty bad ass kid.  She may not have used her telekinesis powers to burn down the school on prom night, but she definitely got back at the evil Principal Trunchbull with them.

A Wrinkle In Time 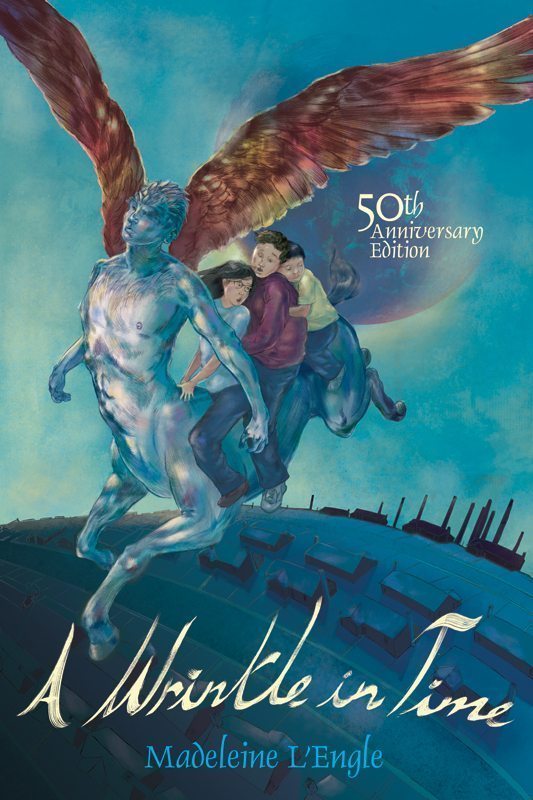 Magic powers were pretty much a big deal in the 90s, especially in the form of time travel.  Before there was Doctor Who, there was Meg Murry, and instead of a tardis, Meg had a tesseract.  And also three super natural ladies, Mrs Whatsit, Mrs Who, and Mrs Which, a younger brother with two first names, and the hot guy from high school, plus two scientist parents.  On Meg’s journey to rescue her father from time-travel related peril, her first stop is a planet filled with peaceful and loving centaurs—Gulliver’s Travels, anyone?   In the end, love literally conquers the villain, IT, how original.  The one thing IT does not have that Meg does is love. Plus also, the brother with two first names and the Mrs Ws and the scientist parents and the hot guy from high school. 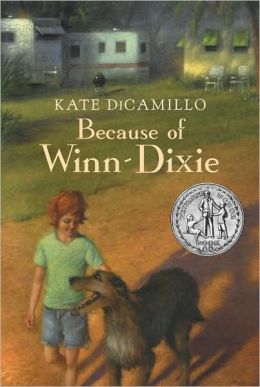 If you didn’t love this book, you probably also have no heart, because it’s adorable and precious and probably one of the most well-written and emotionally gripping novels of the early 2000s, and it deserves every award it won, and probably should have received more.  While this book may appear on the surface to be a cutesy story about a girl befriending a dog, the plot goes much deeper.  The protagonist, India, needs her dog to help her become more courageous, and to cope with everything that life has thrown at her such as being abandoned by her alcoholic mother.  Winn-Dixie helps bring India together with an eclectic group of friends, all of whom have suffered from their own unfortunate tragedies.  With the help of her dog, India bonds with the eccentric townspeople and learns about their hardships and their lives. Because of Winn-Dixie is by far one of the greatest stories of human suffering and the courage, love, and friendship that it takes to be honest and cope.  Plus, the dog is pretty adorable. 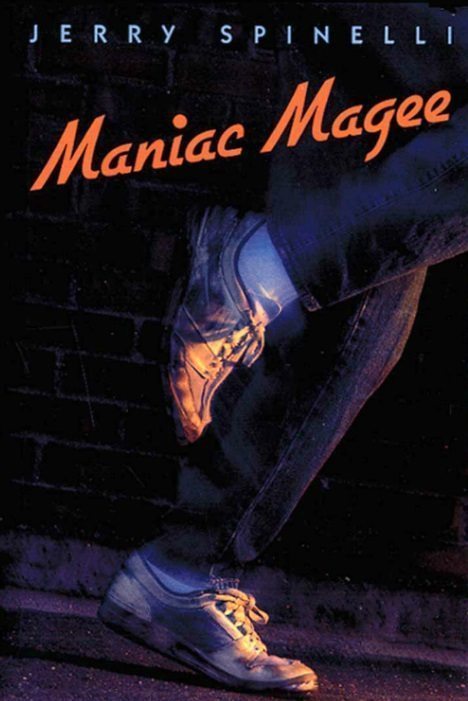 Jerry Spinelli is an talented writer who does an excellent job of blending humor and heart, and Maniac Magee is of course no exception to this rule.  Jeffrey Lionel Magee, who later is given the nickname “Maniac”, is orphaned at a young age after his parents die in a tragic trolley crash.  Maniac then runs away from home and ends up in Two Mills, PA, a town divided between the East and the West. He encounters and lives with a variety of characters, including the family of Amanda Beale, who always carries her books in a suitcase, Mars Bar, who’s motives are often questionable, and Earl Grayson who can’t read.  While the cast of characters may be a bit humorous and eccentric, the novel itself touches upon important themes of race and the class division. 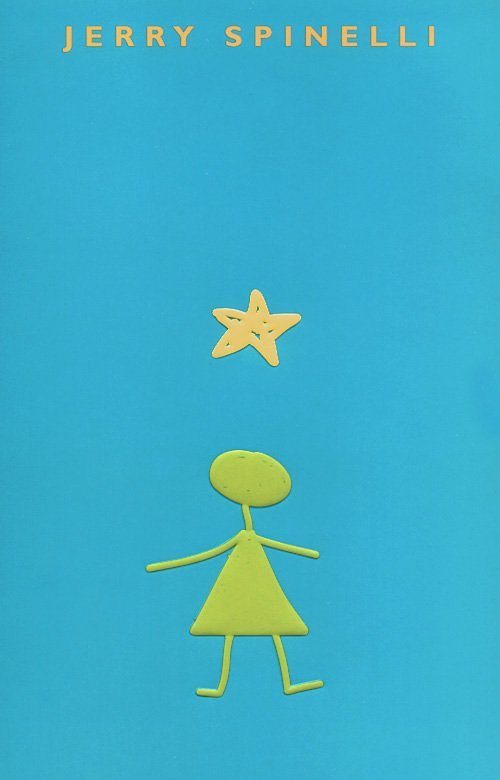 If it isn’t evident enough already, I obviously get way too emotionally involved and invested when it comes to books, and this might be especially true for what I consider to be the best of Spinelli, Stargirl.  I’m going to be really honest with you, internet friends, in the fifth grade, this book very legitimately changed my life.  If it weren’t for Stargirl, I would not be the person I am today.  So before I say anything, I would like to personally thank Jerry Spinelli for writing a character so unique and so comfortable in her own skin, that she made me comfortable in mine.  That being said, Stargirl was a totally weird girl.  As if her name alone wasn’t bizarro enough, she had a pet rat, a happy wagon, and invented her own Pledge of Allegiance.  Stargirl sends cards (and sometimes porcupine neckties) to strangers on their birthday and aspires to be a silver lunch truck driver.  Stargirl marches to the beat of her own drummer and is an icon for individuality and acceptance.

What were your favorite throwback books? Tell us below!
Next week on Throwback Thursday: The Top 5 Iconic 90s Songs