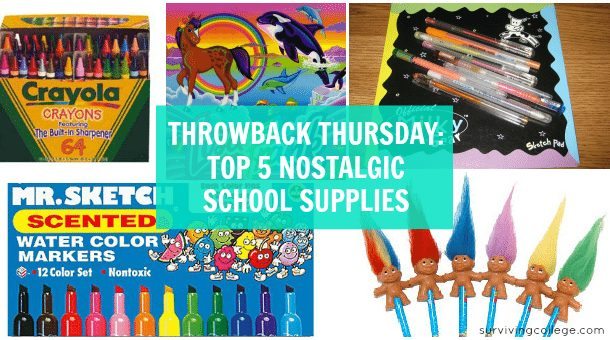 Throwback Thursday is your weekly concentrated dose of nostalgia, where we round up the bests and worsts of all things 90s (and the early 2000s.) This week: the top 5 nostalgic school supplies.

I’ll admit it.  I love office supplies.  I love buying them, I love organizing them, I love using them until they get worn out and I have to buy them all over again.  I love color coding with highlighters and post-it notes.  I love writing in pens of various colors.  I love having an agenda notebook to schedule things in.  And don’t even get me started on supply closets! But where does this love of supplies come from?  I’d say it goes all the way back to the basics: school supplies.  So this week, I’m paying an honorable tribute to the Top Five Nostalgic School Supplies. 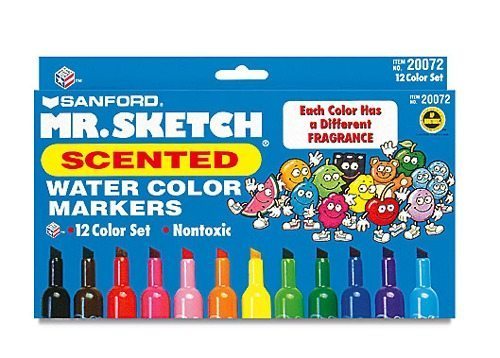 These may not have been invented in the 90s, but we certainly did use them a lot.  Sure they had all the normal scents like Cherry and Orange.  But at a certain point, things started getting a little weird.  Take the color blue.  Blue was blueberry.  Everything seems to be in order here.  Then say you want a different shade of blue, like sky blue.  Sky blue was blueberry slushy.  How does a blueberry slushy smell any different from regular blueberry?  Are you going to add the scent of a WaWa or 7/11 convenience store to the preexisting scent of blueberry to give it that real slushy feel?  Secondly, why would they give children a bunch of candy scented markers?  Bubble gum, cotton candy, tropical punch, banana split.  That all sounds like a recipe for disaster and a trip to poison control. 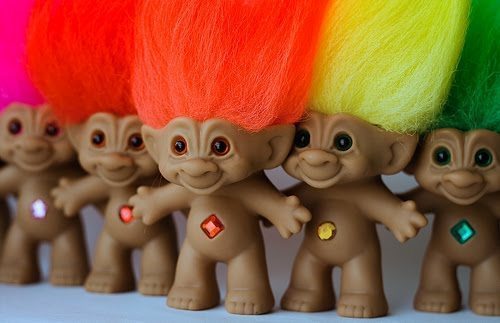 Hey kids! You know what would make your pencils much more useful?  Is if they had no eraser, but a tiny troll with neon hair instead!  Because that makes complete and total sense.  Seriously, who’s idea was this?  Sure, we all love our troll dolls, and sure, we all love our pencils, but do they really become that great when combined?  Who was so bored one day that this brilliant idea popped into their head?  A GENIUS, that’s who, because for inexplicable reasons, these things sold like crazy.  Let’s think about it, they were not practical because now your pencil had no eraser.  And it’s not like they did anything cool or exciting.  The troll just sat there at the top of your pencil.  It didn’t light up or make any noises or anything.  And yet, for some reason, you were nobody, until you had a tiny troll on your pencil.  I’m pretty sure the only person that ever benefitted from these trolls was Guy Fieri—I mean come on, he has the same exact hair style.

Not going to lie, in Mr. Caselli’s third grade class, I was probably the coolest person ever for about a week because I had the best gel pen collection.  And then Becca C. brought her dog into class for show-and-tell a week later and my crowning week of glory ended.  I mean, I even had the black paper that made the ink more noticeable.  Curse you, Becca C! I could have been something!! I’m not exactly sure what made gel pens better than regular pens, but they definitely were better.  I mean, they had nothing up against Crayola, but still.  I was cool once.  For a week.  In third grade.  I swear. 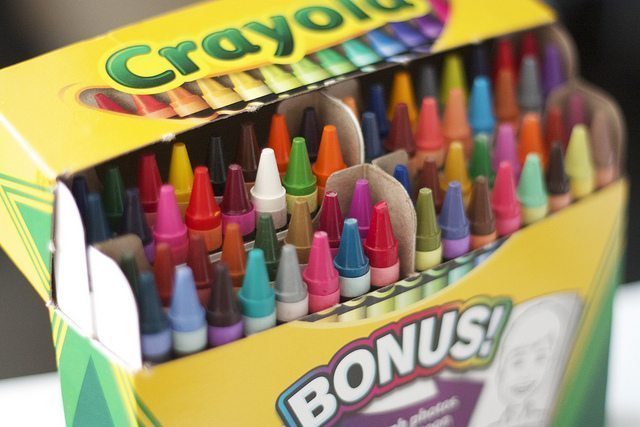 (Image courtesy of Foodie in Disguise)

While gel pens may give a person fifteen minutes of fame, lasting popularity came from having a 64 Pack of Crayola crayons—something I never had until my freshman year of college—thanks, Mom.  I wish I were making that up.  My childhood was seriously void of happiness without the 64 Pack.  All the popular girls had theirs, and I was always stuck with the lame pack of 16.  While the 64 Pack is pretty much the most awesome thing in the world, I’m pretty sure Crayola was using a bit more than poetic license when coming up with the color names.  Some of them are witty, like Tickle-Me-Pink or Purple Mountains Majesty.  Good work with those, Crayola.  But then some of them are just weird.  Fuzzy Wuzzy?  Bittersweet?  Atomic Tangerine?  Also, what was with all of the burnt colors?  Burnt Orange, Burnt Sienna.  Were the scientists at Crayola just sitting around burning stuff in order to invent new colors? 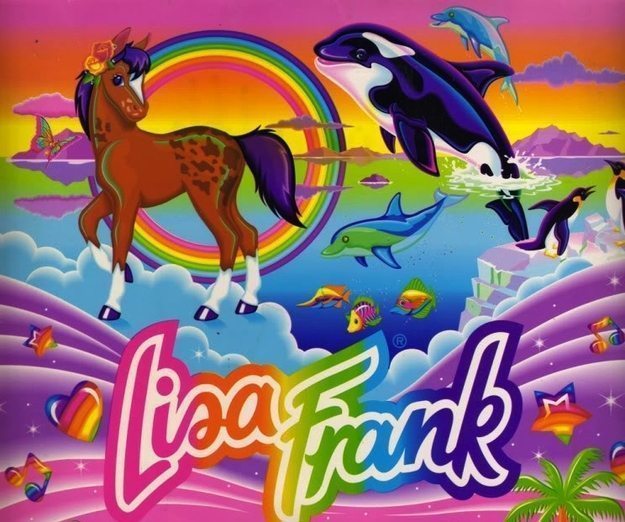 (Image via Work It LA)

LeVar Burton, host of Reading Rainbow isn’t the only one who likes rainbows—“but you don’t have to take my word for it”, although seriously, LeVar, you don’t own fragmented light.  Lisa Frank was also a fan.  And there is absolutely nothing wrong with anything Lisa Frank.  Lisa Frank is AWESOME.  Why wouldn’t you want to take an ordinary kitten or dolphin or unicorn or panda and turn it into a bad ass rainbow kitten or dolphin or unicorn or panda?  How could that not be awesome. My only question to the brilliant Lisa is this: How in the world did you come up with all of this?  You are a goddess amongst mere mortals and I love everything you have ever done ever, but was this inspired by some sort of zoological acid trip?  Also, can I have free supplies for life?  I love you, Lisa Frank.

What were your favorite school supplies? Tell us in the comments!
Next week on Throwback Thursday: The Top 5 Creepy Toys