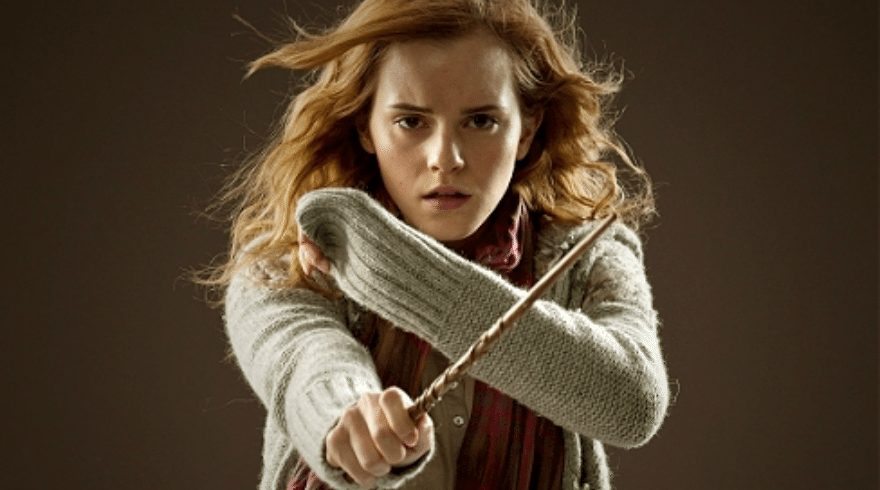 Throwback Thursday is your weekly concentrated dose of nostalgia, where we round up the bests and worsts of all things 90s (and the early 2000s.) This week: The top 5 witches of TV, movies, and books!

In the eternal words of the epic piece of American cinema, Mean Girls, Lindsay Lohan states, “Halloween is the one night a year when a girl can dress like a total slut and no other girls can say anything about it.”  Of course we all know how magically manipulative girls can be, but before Regina George was the biggest bitc—I mean witch around, there were plenty of other witches.   In fact, witchcraft was thriving in pop-culture.  The industry was producing quality films like Hocus Pocus and Halloweentown.  But kids weren’t the only ones watching witches, adults also had shows like Charmed, and we can’t forget Alyson Hannigan as Willow in Buffy.  So, in honor of Halloween, I bring you the most memorable pop-culture witches of the 90s. 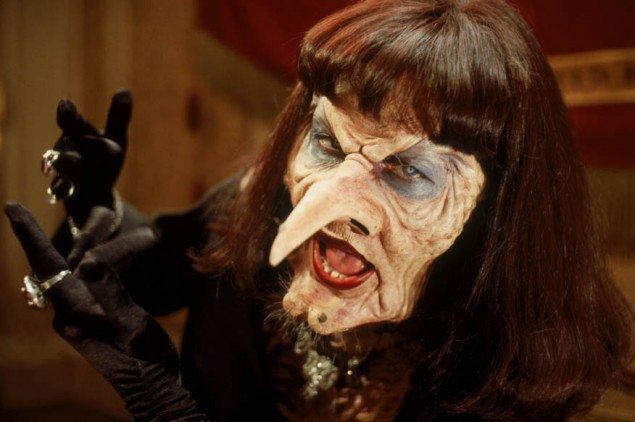 Like all Roald Dahl books, The Witches is completely bizarre and a little bit terrifying.  Of course, it has the usual Dahl elements, an orphaned child and a wizened maternal figure.  However, it seems like something that should have been written in the Nathaniel Hawthorne era or during the Salem Witch Trials.  Seriously though, what decade is this even from?  I can understand why the novel—meant for children—stirred up some controversy in the feminist circles.  The book explicitly states that all women are witches, and that all witches, for no particular reason (except maybe their smell), want to kill children.  The book also goes into detail as to how to recognize a witch.  What’s up with that, Dahl?  What have you got against the ladiez?! The blatant sexism isn’t the weirdest part of the story though.  The weirdest part is probably the ending.  The protagonist is turned into a mouse by the witches, however, with the help of his grandmother, the witches are defeated.  Unfortunately for the protagonist though, he is still a mouse, and will most likely only live for nine more years.  BUT HE’S TOTALLY COOL WITH IT BECAUSE HE DOESN’T WANT TO OUTLIVE HIS GRANDMOTHER.  Roald Dahl, why are you so creepy and weird?

Did you really expect me to do an entire post on witches and not talk about Harry Potter just a little bit?  Of course the HP series is filled with lots of powerful witch characters: Luna Lovegood, Molly Weasley, Lily Potter, even Bellatrix Lestrange—although inherently evil—is pretty impressive.  Of course, one of the most influential witches in the series is Minerva McGonagall.  Let’s get real here for a second, although she might be older, McGonagall is a total badass.  Her snarkiness is unexpected, but she has razor sharp wit, she starts the Battle at Hogwarts, she’s a professor (which makes her inherently cool in a hipsterrific way), plus SHE CAN TURN INTO A CAT.  Um, hello, all of that is awesome.  And let’s not forget the fact that she is played by the ever-enchanting Maggie Smith (of TV’s Downton Abbey).

If I’ve said it once, I’ve said it a hundred times, Melissa Joan Heart is a goddess, and is especially magical as Sabrina Spellman, the Teenage Witch.  On her sixteenth birthday, Sabrina discovers that she has magical powers, and her life becomes a series of hilarity and hijinx as per all quality 90s ABC television.  Let’s not forget Sabrina’s two aunts, Hilda and Zelda (played by Carolina Rhea and Beth Broderick).  The banter between the aunts’ fueled some classic one-liners.  However, nobody on the show was more sassy than Salem the cat.  THAT’S RIGHT, SABRINA HAS A SASSY CAT. Also, Sabrina had a non-magical boyfriend named Harvey, but was probably only part of the show so that Sabrina could seem like your typical everyday American teenage girl.  She might have magic powers, but look how normal she is, going to high school and dating an athlete! Essentially, Sabrina the Teenage Witch is television genius.  The show has witches, sass, and a cat.  What more does there need to be?!

The Wicked Witch of the West

Okay guys, you caught me.  The Wizard of Oz is not technically a product of the 90s—but I do remember watching it a lot in my formative years.  Based off of the novel by L. Frank Baum, the film became an instant classic, watched by children for decades and decades to come.  The Wicked Witch of the West is by far the most memorable—and quotable—witch figure of pop-culture.  A new spin was put on the movie when Gregory McGuire published his novel, Wicked: The Life and Times of the Wicked Witch of the West in ’95.  McGuire’s book then inspired the musical version, Wicked.  So basically, the musical is based on a book based on a movie based on a different book.  It’s about as complicated as Precious the movie inspired by Push the novel by Sapphire.  The point being, The Wicked Witch of the West is a very important witch archetype, who’s character has become very fluidly debated and changed over the years since her first appearance in Baum’s novel.

Did you really think I was going to leave out the brightest witch of our time?  Hermione Granger is sheer perfection, and my personal hero (next to Tina Fey, of course).  As a book-nerd with crazy brown hair, Hermione was the first literary figure with whom I was ever able to identify.  Of course, her academic prowess far surpasses my own, but it is because of her that I have an insatiable desire for intelligence (as well as a weird complex where I feel required to please all professorial and authority figures in my life).  While Hermione isn’t exactly a rule-breaker, she’s super smart and uses her often-cunning brilliance to help Harry and Ron in their adventures. Usually, she’s the only one who actually gets anything done—all while still maintaining her perfect grades, I might add.  Basically, Hermione is perfect and brilliant and I love everything about her.  Also, she has a cat too.

Who was your favorite witch?