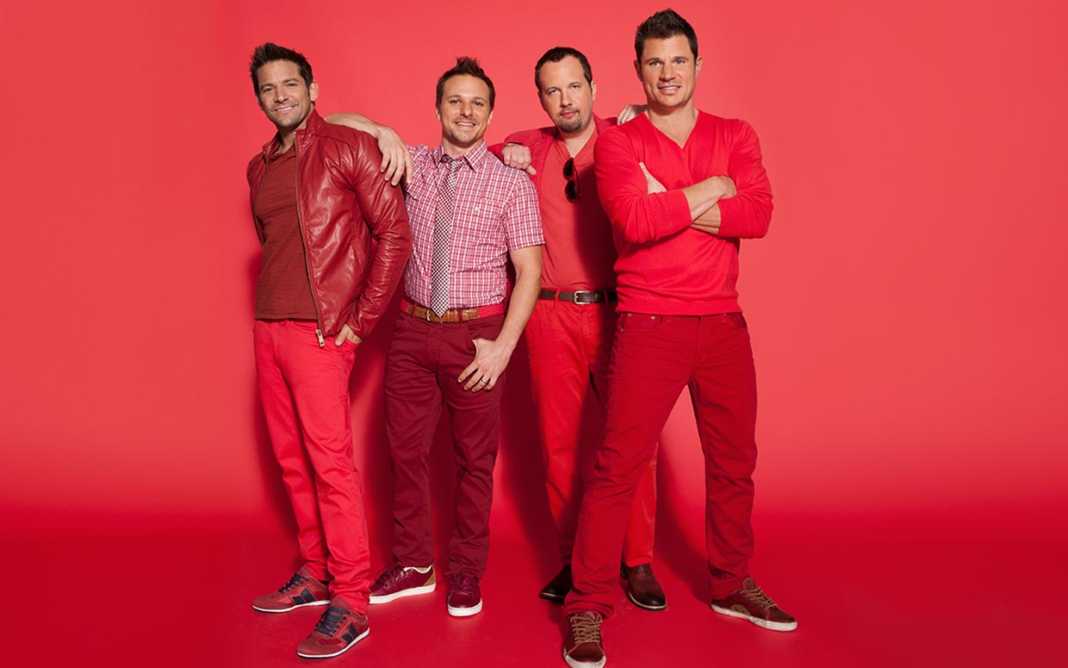 Throwback Thursday is your weekly concentrated dose of nostalgia, where we round up the bests and worsts of all things 90s (and the early 2000s.)

This week: The top 10 98 Degrees songs, in celebration of the heat wave.

I’m just going to be straight up with you and tell you that this week’s Throwback Thursday was not supposed to be about 98 Degrees. In fact, it was supposed to be about book series, but guess what? It’s 98 degrees outside where we are in this awful heat wave, and thus I decided what better way to beat the heat than with some nostalgic tunes that are indirectly related to our current weather predicament? So, I’m just going to pretend like this year didn’t happen and that 98 Degrees didn’t release a song that is not-so-inconspicuously about oral sex, and enjoy them in all their 90s glory. (But really though, can you say creepy? Who thought that was a good idea?!)

98 Degrees (or if you want to be snazzy in spelling it: 98°) is one of the most popular bands in the 90’s – and rightfully so. They are an American pop and contemporary R&B vocal group with four vocalists who originate from Ohio: brothers Nick and Drew Lachey, Justin Jeffre, and Jeff Timmons. Unlike other boy bands at the time who were assembled by a producer or a label, the group was formed by one of the members (Timmons) in Los Angeles, California.

Note-worthy: They have sold over 10 million records worldwide. In the U.S., they also have achieved eight top 40 singles!

Mission impossible: find me someone who doesn’t love this song. This is one of the catchiest songs (might even the catchiest among all 98 Degrees songs) – ever. It’s the hardest thing you’ll ever have to do to not sing along with this song.

Yeah…let’s move on before it really sets in how cheesy that was.

You’re right, 98 Degrees. I do cherish you. What’s not to love about Nick Lachey singing with a hazy wedding montage in the background? Nothing. Absolutely nothing.

In case you forgot, “Because of You” was 98 Degrees’ third hit single from their very first album. If you’re ever feeling down, just remember that you’re Nick Lachey’s sunshine after the rain. You’ll feel better in no time.

If you don’t remember this song, you were clearly not a loyal Pokemon fan, and therefore we can’t be friends anymore. “Fly With Me” was from the first Pokemon’ movie’s soundtrack. Dear 98 Degrees: I’d love you fly with you, and you can make me feel alright any day. Just uh, no microphone references, okay? Okay.

This song is so good, it makes Pikachu and Squirtle cry sparkly tears.

This song is the greatest because not only was it from the Mulan soundtrack, it featured Stevie Wonder. Stevie freakin’ Wonder. It doesn’t get much better than that, people. Also props to them for being creepy stalkers in the music video and following that pretty Asian girl out of the subway like pros.

I think this one is one of the most played songs in weddings, like our #2 on this list! Because, yes, most people would probably choose this as their favorite 98 Degrees song.

In this music video, there is an appearance by Jessica Simpson, Nick Lachey’s then-wife. While Nick plays as a Tow Truck Driver, she plays a waitress in a restaurant.

Love, I see forever in your eyes.
I can see heaven in your smile.

Yes, I think 98 Degrees knows how to serenade women all over the world. This one would surely be an effective croon to your girlfriends, especially if they’re the hopeless-romantic kind.

Seeing the title would make you think twice if this is really for Valentine’s Day or for Halloween. But hey now, this track is their first single from their debut album 98 Degrees, in 1997. You could say this is their breakthrough hit – and one that put them in number 12 on the US Billboard Hot 100.

It’s about unrequited love! This kind of heartbreaking song, surely caters to so many!

9. Give Me Just One Night (Una Noche)

This 98 Degrees song that reached numero dos on the US Billboard Hot 100 is jazzy and sexy.

Despacito, what? Old but gold, this one would make you wanna groove to the music.

And oh, this hit remains their highest charting US single, to date.

You’re like an angel in disguise
You are the dream that never will die
‘Cause, baby, to me you’re everything.

I guess, they like the word ‘everything’. But the main mood for this 98 Degrees song is melancholy.

Have you ever faced the dilemma of not having the chance to say what you are really feeling to that special someone, and in the end – fully regretted it? Yes, this one would hit the feels for that.

What are your favorite 98 Degrees songs?