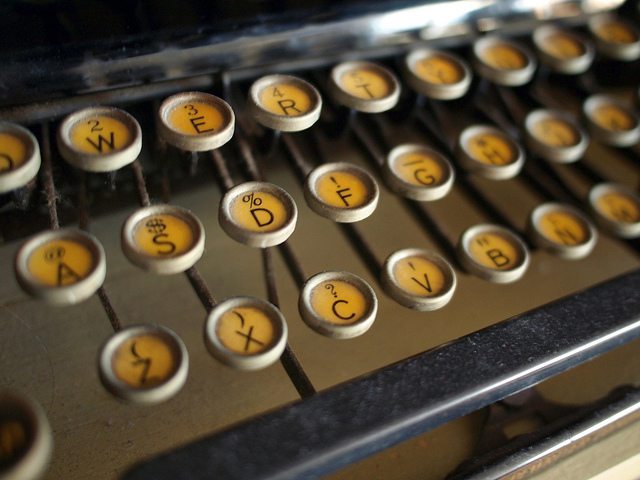 This week marked the invention of the typewriter. It dates all the way back to 1714, but the first typewriter ever made was invented by Pallegrino Turri in 1808. Obviously, there’s been a lot of progress since this clunky hunk of junk, but did you know that it was designed to be extremely effective for typists to type fast? The keyboard layout we use is known as QWERTY and was established by Sholes & Glidden in 1874 because it was efficient and also minimized system jams. Different languages use different layouts that are more compatible to their letter patterns. The invention of the typewriter increased the speed of communication: with a pen the top writing speed record was 30 words in 1853 and the top speed today is 212 words per minute! Barbara Blackburn from Salem, Oregon holds the Guinness World Record for speed typing (judged on speed and accuracy). She can type at 150 wpm for 50 minutes (37,500 keystrokes)! Speed typing (and texting) competitions are a worldwide craze in the modern age, and people of all ages try their fingers at this daunting task. Here are two contests that you can try out for!

The first round of selection takes place from November to December, and the grand prize is an all-expenses-paid trip to Austin, Texas where the competition will be held, a ticket to the South by Southwest interactive festival and a Das Keyboard Model S Professional!

Think you have what it takes? Good, because we still can’t get QWOP to work. It’s seriously driving us insane.

Also, here are some sites to test your skills (and even improve your typing speed) which will obviously make papers go by a lot faster:

Happy birthday to the typewriter!