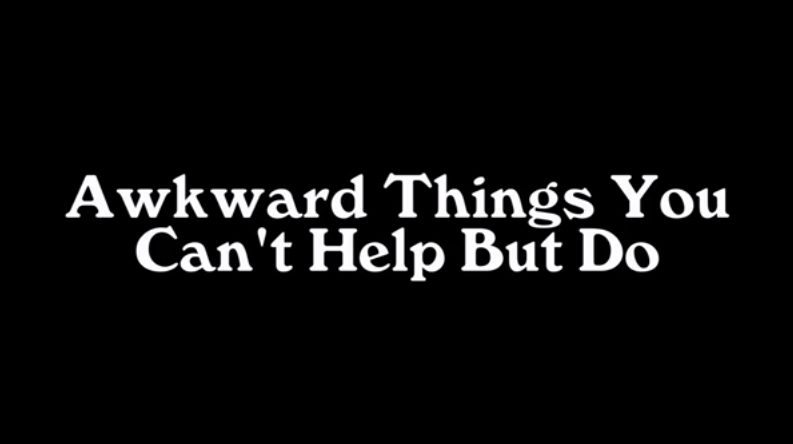 Is social media making us more socially awkward? Probably. Can we do anything about it? Probably. Where am I going with this? Nowhere. What I’m trying to say is that BuzzFeed totally realized the awkward things that our generation (and probably those awkward ones before us too) can’t help but doing, and made a video about it.

Everyone has already commented on how awkward it is to wave to someone when they aren’t looking, or grabbing the wrong person’s attention, but BuzzFeed realized the true struggle: not waving back. Everyone has that situation where they are preoccupied or have their hands full when someone casually says hello. While one would think you could smile and say hello back, that is not the case. You must wave. Once your body conveniently disallows you to wave while you are in the person’s sight but conveniently does so as they pass by and you end up doing some thing with your arm that looks like a convulsion/rain dance, you have already missed your opportunity. We might not always run away as the guy in the video does, we sure want to.

BuzzFeed also conveniently addressed that moment when you’re not sure how to say goodbye to someone via physical interaction. Do I know her well enough to hug her? Is a high five too immature? Oh okay good she’s hugging me. Oh wait, now my hands are in the hand shake position and I’m almost touching her boob. Should I apologize now and say I’m not trying to touch her boobs yet? Okay maybe we added that last part from personal awk-perience, but either way, they hit the nail on the head with that one.

While this video was an awesome depiction of true awkwardness on a day to day basis, it is also a startling reality of how awkward we are. Let’s just watch the video and pretend like we are laughing at things that are totally awkward but we would never do.  So   forget how much of a socially awkward penguin you really are and check out the video!

What awkward situations have you found yourself in?