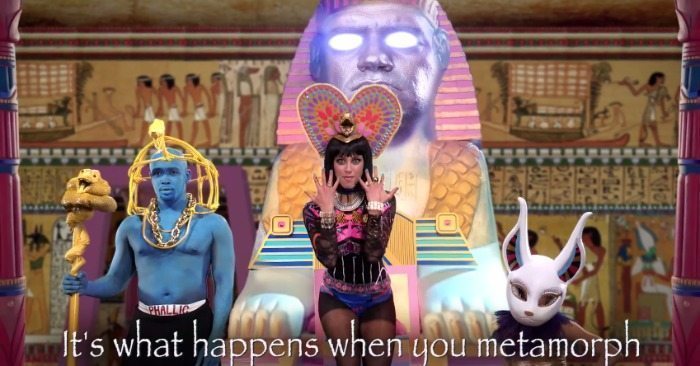 So maybe “Dark Horse” by Katy Perry is, like, your favorite song ever and you know all the lyrics. And maybe, just maybe, you belt it out whenever you’re alone in the car or getting ready in your dorm room. Don’t worry, we won’t judge. Did you ever bother to try and make sense of the lyrics while you’re singing them? Or try and give meaning to the whole “dark horse” thing? Eh, not so much. You’re just in it for the catchy beat and, of course, because Katy Perry is awesome. Obviously.

Well, it’s time to take the lyrics into consideration and think about the words behind the popular song. First of all, the term “dark horse” actually refers to something, like a candidate or competitor, who unexpectedly succeeds, despite being fairly unknown. Like the Chicago Bears suddenly winning the next Super Bowl — this exceeds expectations and no one would ever see it coming. So now, how do we apply this term to Katy Perry’s lyrics? We’re not entirely sure.

Instead, we’ve found this hilarious parody of “Dark Horse” by Barely Political, where they decide to horse around (ha ha) and give the singer an English lesson about the expression. Turns out, Katy might have messed up just about every metaphor in the original song. But no worries! If anything, the song is still addicting and it made for some great material for Barely Political. The parody has some really clever lyrics (which, by the way, our favorite is the rap verse) filled with pretty much every horse metaphor in the book, and an even better video. Why couldn’t that Sphinx be featured in the original music video?!

You’ll have to see the video for yourself in order to get in on all the fun. Since we’re just as lost as you are, we’ll let Barely Political do all the joking – err, explaining for us.

What do you think of Katy Perry’s “Dark Horse”?