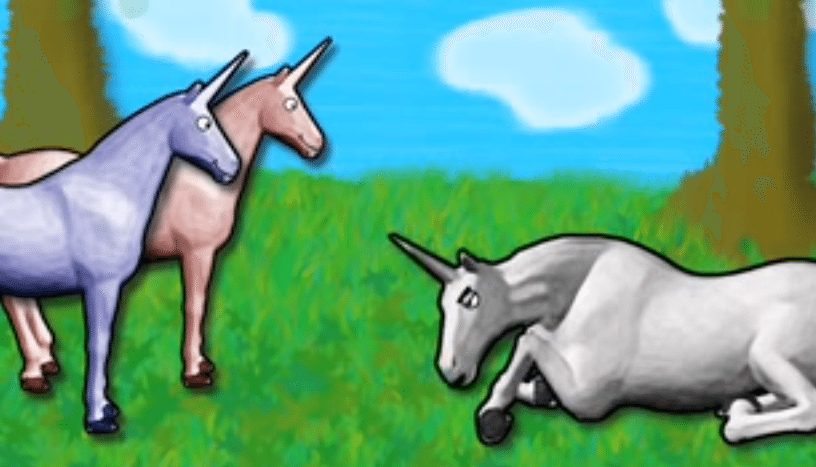 We have decided to start something new here at CampusRiot. There are way too many classic internet videos not to give them love with our videos of the day, so we have decided to start “Way Back Wednesday.” Every Wednesday we will feature a classic video as our video of the day. You know, all those videos you used to watch on Albino Blacksheep before YouTube was started. All those videos people used to post in MySpace bulletins. You know the ones.

For our first “Way Back Wednesday” post we decided to start off with a bang. The video every one was quoting in the hallway in school. The video that people still don’t really understand.

Yep, we are talking about “Charlie The Unicorn.” Part 1, of course.

“Charlie the Unicorn” is a flash video that was written, animated, produced and directed by independent animator Jason Steel of FilmCow. The video was made for his mother, who was the first person to post it on the internet back in 2005. The video was first posted on Newgrounds, but was posted to YouTube in April of 2006. The video went viral and three sequels were made in 2008, 2009 and 2012 respectively.

Steele voices all of the characters in the video and made the entire thing all at once, without any editing. Many parodies of the “Charlie the Unicorn” have been made and the unicorns even made a cameo appearance in Weezer’s 2008 music video for “Pork and Beans” which features cameos from many popular YouTube stars.

So take a walk back through the early days and into the candy mountain of viral classics with us.

We present to you…

Do you still love “Charlie the Unicorn”? What is your favorite classic video?