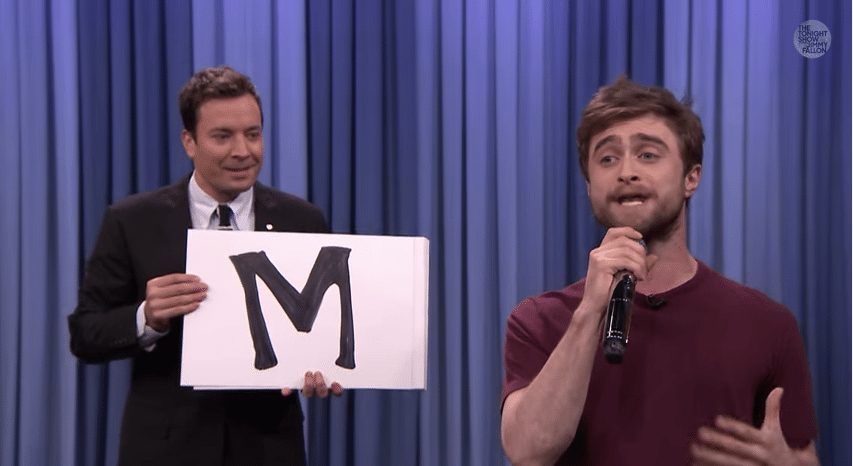 He has starred in a Broadway show. He IS the boy who lived. He can somehow pull off a pair of horns growing from his head. He’s the wildly talented Daniel Radcliffe.

Did we mention he can rap too? Because he can and he’s really REALLY good at it. I guess the question is what can’t the man do?

Last week on The Tonight Show Starring Jimmy Fallon, Radcliffe announced that he loves rap music. Eminem is one of his favorite rappers – he was the first in his class to memorize the lyrics of The Real Slim Shady. He went on to say he has an “obsession” with memorizing hard and intricate lyrics”…as if memorizing lines for his movies isn’t challenging enough.

We should have expected Daniel Radcliffe to pretty much be able to do anything on this planet. He’s been a childhood hero for a longtime now, amiright? This video will blow your mind though. Radcliffe’s rapping abilities went so beyond my expectations, hopes and dreams. He rapped Alphabet Aerobics by Blackalicious, a rap Fallon called “one of the trickiest and fastest songs I know.”

He. Killed. It. How is rapping not his main gig? The alliteration in this song is impressive and he nailed all of it. Also, his British accent totally disappears. It doesn’t even sound like the HP star we know and love. But that’s okay. We’re completely okay with his talent that is just coming to surface now.

If you weren’t in love with Daniel before, you might be now. A wizard who can rap. Does it get any better than that? No, I don’t think so.

What was your favorite verse?