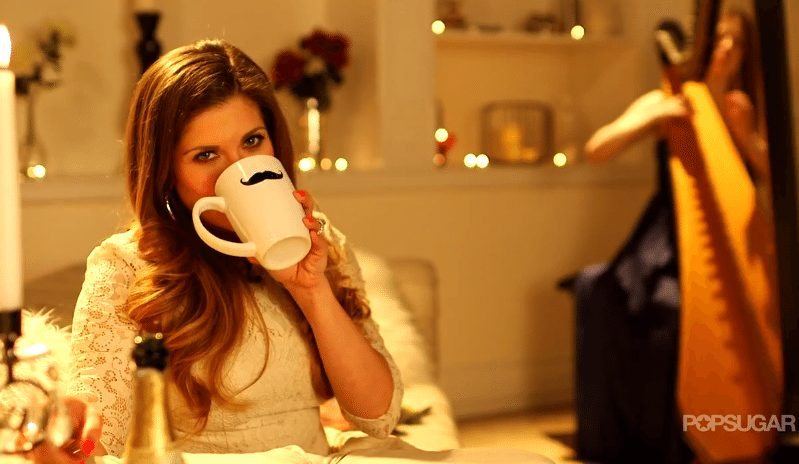 Yes, that is Topanga drinking from a mustache mug. You are welcome.

This week, a photo of Danielle Fishel and Lance Bass posing for a prom picture way back in the 90s made its rounds on the Internet and everyone, us included, thought it was fake. We 90s kids/Boy Meets World fans/’N Sync stalkers were disheartened by the trickery of taking two of our favorite things and mashing them together as some sort of cruel, photoshopped, April Fools Day prank, and guess what? It’s NOT fake. It’s 100% real. Danielle Fishel and Lance Bass dated from 1999-2000 and remain good friends. Try to tell us that doesn’t blow your 90s kid minds!

Not only did they date and go to prom together and in general just make our 90s kid hearts basically implode with happiness, Danielle made a video full of love advice on Pop Sugar Girl’s Guide, and (brace yourselves for this!) she actually told the story of how she asked him to prom, and then how he asked her to prom (yeah, she explains it all in the video) and let’s just say it was super cute and adorable and totally 90s-esque in every way!

Admit it – you love both of them even more now. We do! Check out the video (and the squeal-worthy pic) below:

Are you freaking out as much as we are right now?