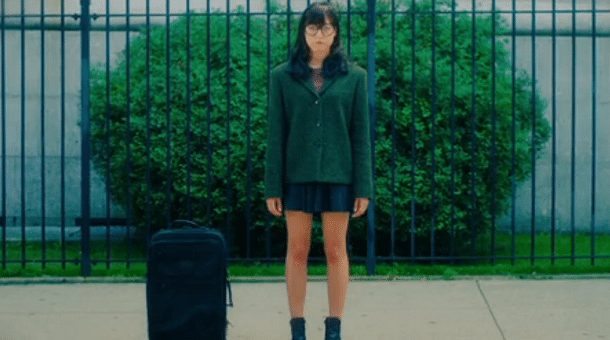 In the early 90’s when Beavis and Butt-head was gaining popularity, the show’s creator Mike Judge decided that the show’s main characters needed a foil. A new character that was opposite from them in some very key ways: female and intelligent. With that idea, Daria Morgendorffer was born. Daria, the monotone alt-rock nerd girl was a recurring character on the cartoon but when the series ended in 1997, she got her own show. And she became a cult classic.

Misunderstood and jaded youths grasped onto the familiarity of Daria. Her sister and peers (with the exception of her best friend Jane Lane) were bubbly and loved high school. Daria and Jane really couldn’t care less. The show gained a following, and still to this day, twenty somethings wax poetic about their love for the cartoon girl. Popular actress Aubrey Plaza is a lot like a real life Daria. Her character on Parks and Recreation is monotone and sarcastic and a little misanthropic. She is a stark contrast to Leslie Knope’s bubbly and friendly persona. She even kind of looks like Daria. So what if Aubrey Plaza played Daria in a live action movie?

Wonder no more, CollegeHumor made it happen. Sort of.

With a disclaimer at the beginning that explicitly states that this is just a fake trailer and a real movie is not in the works, CollegeHumor’s take on a live-action Daria movie starts with the protagonist coming home to the fictional city of Lawndale for her high school reunion. She is still wearing her glasses and green jacket. Her sister Quinn is still bubbly and Jane has a kid. It is exactly how you would imagine these characters would be after ten years.

The two minute, hilarious trailer is perfect. Too perfect because now all we can think about is the actual movie. Hopefully all the hype the video is getting could put the wheels in motion. And hey, if Veronica Mars can make a full length movie based off Kickstarter donations, anything is possible right?

How awesome would a live action Daria movie be?