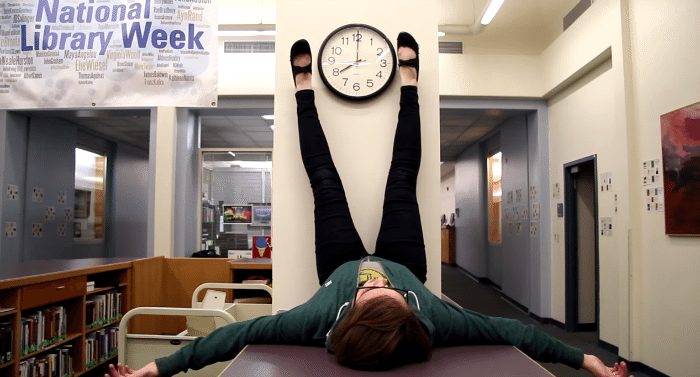 Video: “Do You Wanna Go To Starbucks?” AKA The Perfect ‘Frozen’ Parody

Studying for finals is hard work that requires dedication, focus, and above all else, caffeine. And that’s why Starbucks is a college kid’s best friend.

Two students from Point Loma Nazarene University, Olivia Mowry and Jené Nicole Johnson, understand this all too well, as proven by their now-viral YouTube video entitled, “Do You Wanna Go To Starbucks?” If you immediately made a connection between that and Disney’s Frozen, yes. You are correct. It is a parody of “Do You Wanna Build A Snowman?” and yes, it is flawless.

In it, Johnson plays an exhausted, overworked college student version of Anna while her peers take on the role of Elsa, denying her desire to go to Starbucks and get a cappuccino. (Side note: we totally would’ve gone to Starbucks with you.) She goes from each corner and study room of the library to the next, hoping for even just one person to go on a much-needed quest for caffeine, until finally the study room door opens and we’re treated to an adorable car ride scene in which our coffee-deprived Anna is overwhelmingly giddy, until…

…well, we don’t want to spoil the ending for you. You’ll have to watch it for yourself.

We’ve seen a lot of Frozen parodies in the last few months, but with lyrics and vocals that are perfectly on point and appeal to our finals exhaustion, this might just be our favorite Frozen-inspired video. Yep, we went there.

…that might actually be sadder than the scene when Anna and Elsa’s parents, well, you know.

So, do you want to go to Starbucks?