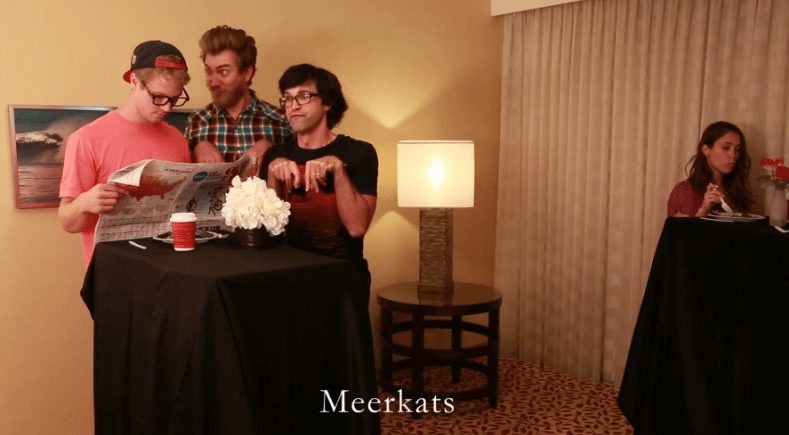 Youtuber MisterEpicMann is back with the follow-up to his epic viral sensation “How Animals Eat Their Food.” There is something utterly funny about an over-the-top impersonation of animals eating.  So why not do it again? MisterEpicMann brings along more of his friends (including Rhett & Link, Harley from Epic Meal Time, and more) this time in an effort to get even whackier.  In “How Animals Eat Their Food Part 2” we even get to see an antelope get attacked by a lion while it’s eating it’s food.  It’s weird, it’s funny and like the first video, it is quickly gaining traction among internet users.

Many have tried their hand at becoming YouTube legends, but MisterEpicMann has already reached YouTube stardom. 4 days after being uploaded, part 1 reached 7 million views and currently sits at a staggering 81 million views. Part 2 was uploaded just 3 days ago and already has over 1 million views and 55,000 likes. His YouTube channel is currently up to 3 million subscribers and is home to over 30 videos. If you found yourself laughing hysterically at the first video, be prepared for more of the same in part 2.  Its indescribable charm and oddball humor make “How Animals Eat Their Food Part 2” just as hilarious as the first installment.  Watch the video for yourself below and let us know how you think it compares to the first one.

Which animal scene was your favorite?