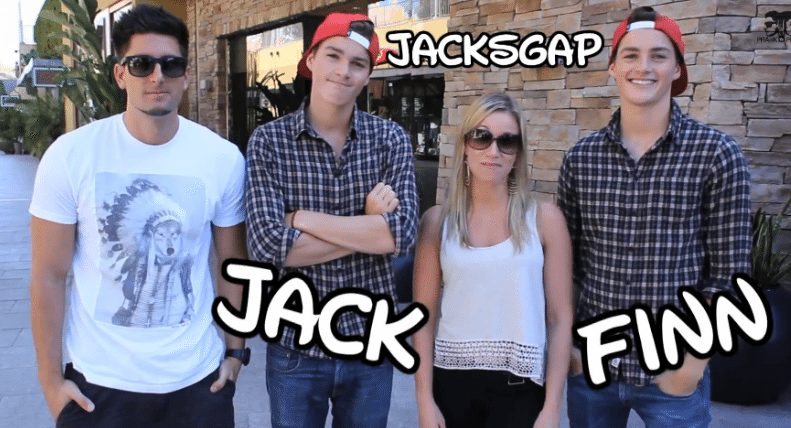 This has been the year of British Youtubers and after much deliberation we think our favourite might be JacksGap. Jack and Finn Harries are painfully adorable twin Brits that create funny videos that usually have to do with pretty much nothing for the most part. But they still manage to be funny and we really, really (like super really) enjoy just looking at their faces.

In this specific video, JacksGap teams up with Prank Vs. Prank and use their twinness to convince people they are teleporting. The people who get pranked have the best reactions and this is definitely something we want to recreate. We just need a pair of twins. And let’s be real, we would prefer to do the prank with Finn and Jack. The Harries twins also recently appeared on DailyGrace (and she appeared on their channel) in a great collaboration. Basically our ideal collaboration (it is no secret that Grace Helbig is a huge favorite here at SC.)

JacksGap started when Jack wanted to document his gap year between high school and University. Finn appears intermittently throughout the series and is in charge of all the branding. JacksGap reached two million subscribers this past June. They also recently launched a website where they feature more exclusive content.

Which is your favorite: Finn or Jack?