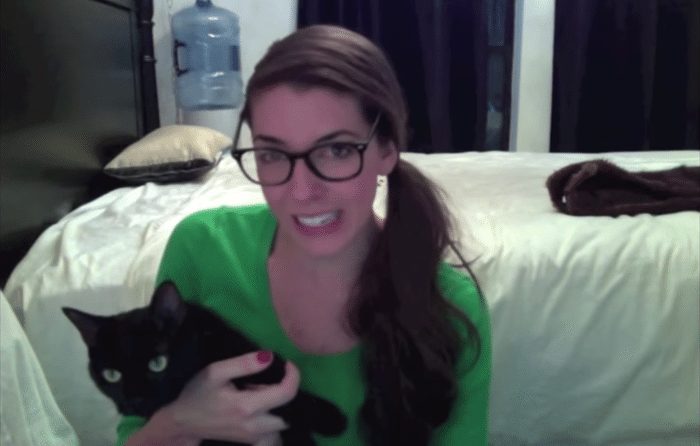 So remember that video we posted last week with Az4Angela ranting about her horrible experience at Bath & Body Works? If you saw the video, you no doubt know about Jen from Appleton, the poor B&BW employee who Angela wasn’t too happy with. In fact, Angela even refers to Jen as “that bitch” and threatens to call Jen’s district manager to say how badly she “f’d up”. She even goes on to say, “Oh Jen. Your ass is about to get reamed,” as she stares the camera straight in the eye. It’s safe to say that if Jen from Appleton watched that rant, she would be peeing her pants in horror.

Well, we’re not sure that the real Jen has seen Angela’s video. At this point, she probably has and is in hiding somewhere. Today’s video features what might be similar to Jen’s acutal response. Sadly, the video isn’t the real Jen, but actress/comedian Lauren Howard Brown. She gives a hilarious, innocent response vlog and we can’t help but agree that this might be what the real Jen from Appleton is like. The Jen in this video has a cat named Taylor Swift, refers to YouTube as YouStube, explains how Angela has single-handily ruined her life. After this video, we’re totally still #TeamJenFromAppleton.

Are you still team Jen from Appleton?