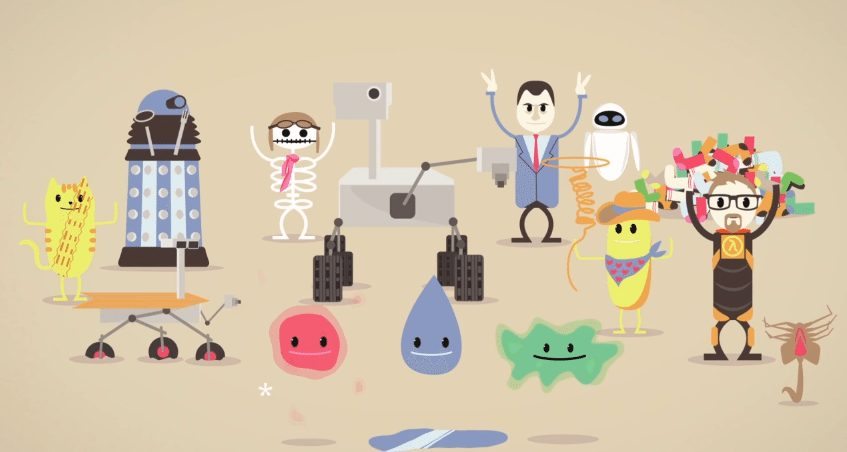 Video: “Cool Things to Find,” a Parody of “Dumb Ways to Die”

We’ve been obsessed with the viral video, “Dumb Ways to Die”, since we wrote about it a couple weeks ago here on Surviving College. This sort of thing cannot go viral without a string of parodies to follow. And guess what? There is one! Cinesaurus, a Seattle-based creative team who loves to support education, science, and exploration, made their own parody of the awesome cartoon — this time, with the title, “Cool Things to Find!” This space-themed spin-off follows the Curiosity rover as she drives around Mars, picking up all of Earth’s lost treasures, like the Twinkie — and even uncovers some of the world’s greatest mysteries. (So there’s where those missing socks went!) They even feature a throwback to Richard Nixon and sneak in a reference to WALL-E (love it!). Singer Cara Peacock provides the voice for the quirky lyrics.

Check out the video below!

Similar to the video they were inspired by, Cinesaurus also launched a tumblr account featuring GIFs of some awesome scenes in the video. We’ve rounded up our favorites!

An excellent parody, if we do say so ourselves.

Want to add to their list of dumb ways to die? Or know any other cool things to find? Let us know in the comments below!