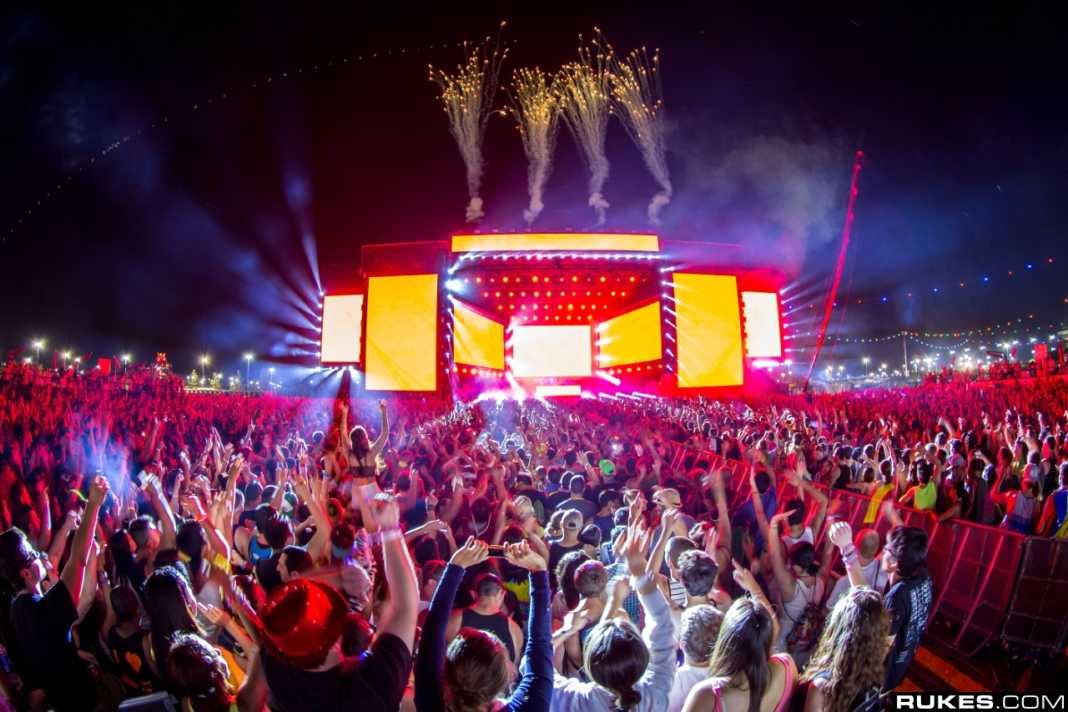 Volunteering At A Music Festival: An Insider’s Look

Electric Daisy Carnival (EDC) took place in New York City this year on May 17th and 18th. It was the second time the electronic music festival made a stop in the big apple. The travelling event is put on by Insomniac Events, and makes additional stops in Chicago, Puerto Rico, Orlando, and Las Vegas. They also host other big festival names alongside EDC, such as Beyond Wonderland and Electric Forest.

They seem pretty busy, huh? In order to deliver these large scale events, they seek help in volunteers. Volunteers are one of the main components of Insomniac’s festivals. Last month, I was lucky enough to be one of those volunteers.

It all started by seeing a post on Insomniac’s Facebook page, with a graphic asking for volunteers to apply for EDC NYC. Being a Florida native (a distant land far far away from NYC), I wrote off the idea of volunteering until I noticed the festival was being held one day after my move-in date to the student dorms at the School of Visual Arts in New York City – talk about great timing, huh? I already had plans to intern in the city, so when I saw this possibility arise I had to jump on it… especially since all of my funds were going to paying for the summer in the city. At first I saw this as a great opportunity to experience the festival at no cost, but it ended up being so much more to me than that.

I applied around mid-March by emailing my resume and cover letter to the guest services department. I heard back the following day, was told that they enjoyed my letter and resume, and was asked to submit an online application. After completion they got back to me letting me know phone calls would be made within the next few weeks. I received a call about 2 weeks later and interviewed with one of the guest services directors. He was so kind over the phone, I knew right then that this was a great company. By the end of our conversation he offered me a position to volunteer at the festival. Side note: if you have a friend you would like to volunteer with, you can enter that into the online application. If you are both selected to volunteer, there is a very high chance you will be placed at the same location!

So I got chosen, but was kind of blind as to what to expect. From this point I knew that I would have one volunteer day, and one free day (that’s right!) Via email confirmation, I was told I would be volunteering the second day of the festival.

Fast forward to May 17th, day 1 of the festival.

On your day off as a volunteer, you can attend the festival as a regular guest. You pick up your ticket at will call when the event starts. Now you may be asking, what keeps people from attending the festival for Day 1, and skipping their volunteer shift Day 2? Each volunteer that is selected pays a $100 deposit that is completely refunded after the festival, that is, if you indeed show up and complete your tasks as necessary. My friend and I entered the festival and had a complete day of freedom to enjoy the music, performances, rides, and atmosphere of EDC NYC. It was by far one of the best festival experiences I’ve been to.

9am: Sleepily arrive at the festival grounds for volunteer orientation. We checked in, received our T-shirts that we would be wearing during our shifts, and we’re served breakfast. (The first of 3 meals for the day!)

10:30am: The volunteer team gets briefed on what our specific tasks will include. There are 2 divisions, Ground Control and Night Owls. Ground Control is a patrol service that monitors the festival grounds on the look out for people that appear to be lost/separated from their friends, and people that appear to be not feeling well. Ground Control is there to be someone’s best friend when they need help, it’s as simple as that. Night Owls run the water refill stations and merchandise stations. We are separated into different shifts and stations. I was a Night Owl working the merchandise booth for the day. 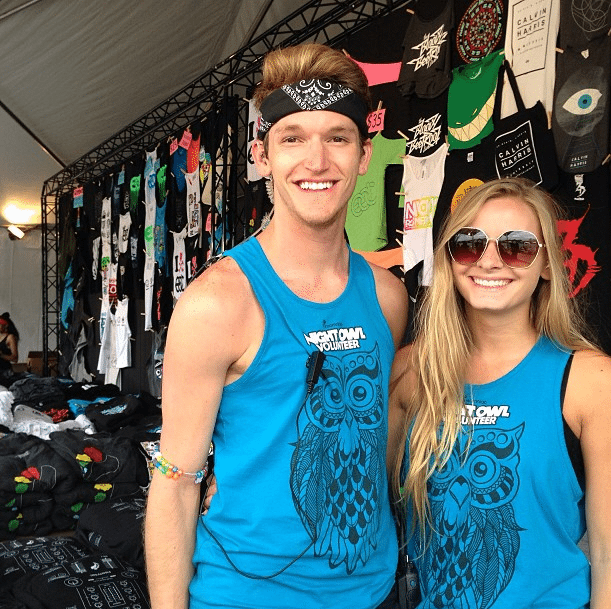 Noon: Festival gates open! Our shift was first, meaning we worked the merchandise booth from 12pm-3pm and 6pm-9pm… that’s right. We only worked 6 hours. During our breaks, we were free to go have fun in the festival (as long as we changed out of our volunteer shirts). Sooo a day and half at a festival in exchange for 6 hours of work? Amazing. The duties at the merchandise tent consisted of helping the cashiers find the appropriate item the customer wanted, running to the stock area, and bringing out the piece to the customer. Super easy. I worked with 14 other volunteers in my group that were all so friendly and nice. I made some incredible connections this day because we were working to give back to a culture that we all love and appreciate.

3pm: First break! We changed out of our T shirts, got our meal ticket for our free lunch, ate super-fast, and headed into the festival. My favorite artists Rebecca & Fiona were playing during the break, what perfect timing!

6pm: Shift number 2. Same station and duties as before. We were dismissed 2 at a time for 30 minutes to eat dinner provided by Insomniac.

9pm: We were free to enjoy the rest of the festival, and were to report back to the volunteer break space at 11:30pm to return our T shirts and grab our bags and to say our goodbyes to our newest friends.

This experience was one I can’t really trade for anything. I got to interact with festival goers, and make their time at the festival the best it could be. My fellow volunteers felt the same. Volunteering at EDC allows you to give back to the company, culture, and music that’s brought you so many incredible times. For me, the music that is played at these festivals are soundtracks to my life, they allow me to relive so many great moments.

This weekend I learned that volunteering at a music festival is an incredible way to give back to your fellow music freaks, experience a large scale festival for no cost, and have a blast. It’s as easy as that. Almost every large scale music festival uses volunteer help, so pick out a festival you like and submit that application.

Check out the EDC New York official trailer, it’s undeniably beautiful, I can’t believe I played a role in creating this awesome weekend!

Would you ever volunteer at a music festival?