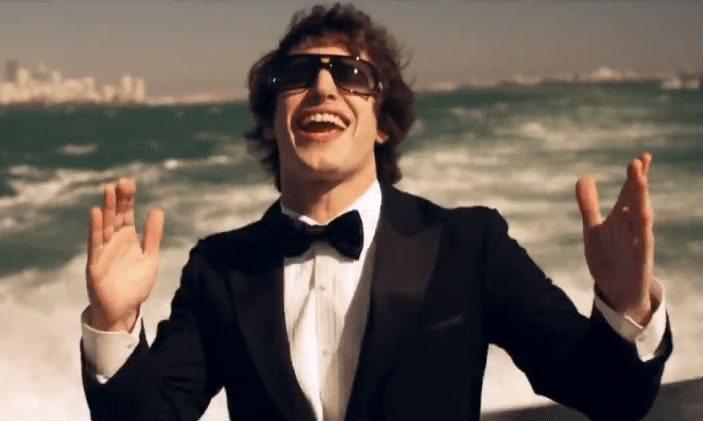 Way Back Wednesday: I’m on a Boat

I think I speak for everyone when I say this video is quite honestly one of the best any of us have or will ever see.  It’s not too often that you come across a song, let alone a video, that changes popular culture forever.

Over the past couple years, Saturday Night Live have given us a long list of unforgettable moments.  But there is one in particular that stands above the rest, that has carved itself a spot amongst the greatest of all time.  In 2009, the Lonely Island released it’s hit-single “I’m on a Boat” off of their debut album Incredibad.  Seeing as how popular this video has become over the years, I don’t see any need to just how awesome it truly is.

Truth be told, the video sells itself.  I do love how the video mimics some of the great rap video cliches of the time, especially Jay-Z’s “Big Pimpin'” video from 2000.  I also love the level of class that Andy, Akiva, and T-Pain bring to the video with their snazzy tuxedos–very upscale fellas.  The video was so well-received that it reached number one on both YouTube and the iTunes charts only a few weeks after its debut on SNL and was even nominated for Best Rap/Sung Collaboration at the Grammys that year.  If you haven’t already seen the video, stop what you’re doing now–stop reading–and go watch it, you won’t regret it.

What’s your favorite digital short by The Lonely Island?