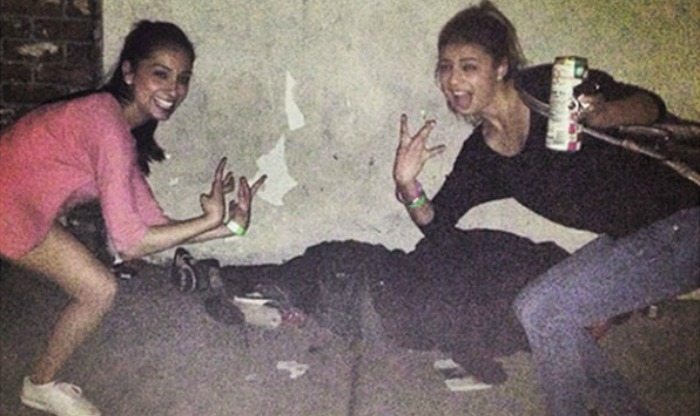 WTF: The ‘Selfies With Homeless People’ Trend (And How to Help)

Can we at least for one second pretend we’re not entirely obsessed with ourselves and trying to out-do our friends with the best selfie? Have we taken so many pictures of ourselves and others that we’ve lost track of what’s acceptable and what’s totally unacceptable when it comes to social media and respecting peoples’ space and privacy?

Here’s the context behind my rant: Today, a friend made me aware of a Tumblr entitled “Selfies With Homeless People“. The page, created by Jason Feifer, is a compilation of posts that have either been found on Twitter or Instagram in which people took selfies with homeless people they encountered. Feifer, who also created the well-known “Selfies At Funerals” and “Selfies at Serious Places” Tumblrs compiled (but doesn’t endorse) the pictures in a way that so perfectly describes how self-absorbed our generation is today. Clearly this is proof that our generation has way too much time on their hands, and needs to learn a little something about humility.

Newsflash: these homeless people are veterans, parents, siblings, and students — people just like you. They are not, and should not ever be treated as “props” to create a “funny” Snapchat to send out to all of your friends, or an Instagram/Twitter post. Instead of taking the time to create the perfect “posing with homless people” selfie, leave them 5 dollars, or buy them a warm drink or meal. They are people too, and deserve to be treated as such. 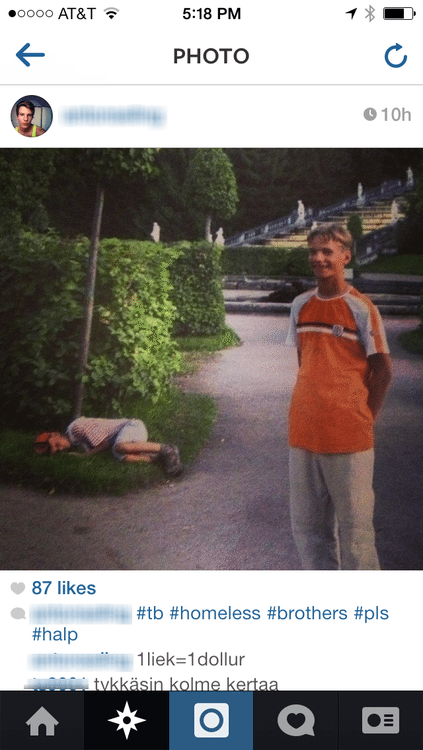 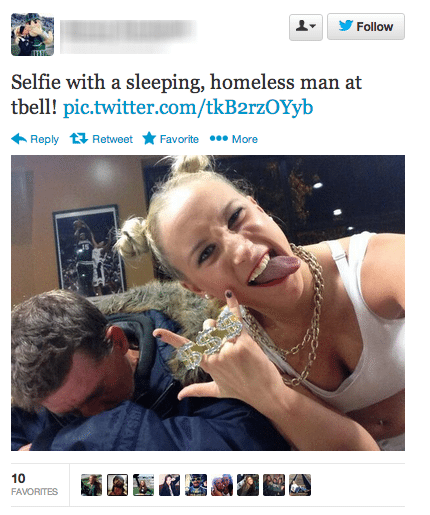 Instead of exploiting another person who is less privileged than you and is clearly struggling, get educated on ways to help positively influence their lives. Here are a few organizations that you can contribute to to help those who are less fortunate:

A video blog on people’s experiences being homeless, created by a previously homeless person. A must watch.

National Coalition for the Homeless

An excellent organization to donate to. This coalition is committed to preventing and ending homelessness, and was founded by a man who experienced homelessness in New York City.

Has Generation Y taken it too far this time?

All images via Selfies With Homeless People